I was exhausted last Wednesday after the Primary election when we rescheduled our Business meeting. I began hallucinating when we got to a turgid conversation about energy savings. I saw Loren Martell in the back of the room leave the meeting and I decided to leave the meeting and thank him for running despite his disappointing fifth place.

But then I decided I really didn’t have it in me to go back to the meeting. I could catch it later on youtube after all.

I didn’t even follow up the next day in reading Jana Hollingsworth’s story in the Trib. Its under a stack of partially digested Tribs in the corner of my office. I did hear from Art later that it was a good story. That’s quite a tribute from Art. Well I just read it and it is a good story about our District’s energy use. I recommend it.

I just finished listening to the hour I missed of the meeting. It was a very thorough discussion which is easier to consume in Jana’s story.

One point I’d like to harp on like the cranky guy I am – We were sold a bill of goods by Johnston Controls. Our energy savings are one-tenth what they predicted. The problem with this is that to make up for this we have had to cut staff which was our other means of making ends meet on JCI’s unfulfilled promises.

That’s not to say that JCI doesn’t know the energy business: 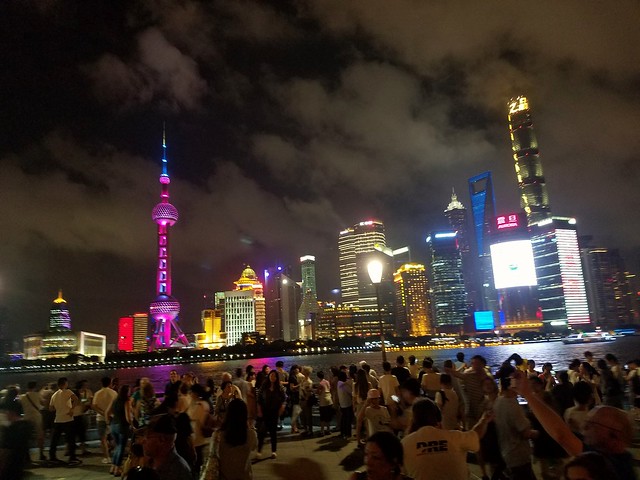 This is one of the photos I took of the Shanghai skyline. That soaring building on the far right is one that was equipped with JCI technology. Its impressive. I saw a PBS NOVA program about JCI’s role in building and equipping the air units. I guess its easier to fiddle with tiny little Duluth than the People’s Republic of China.