I may have missed a story about the Teacher contract negotiations but they are likely over as we, Management, and Teachers, shook hands on Tuesday two days ago. The DFT has to take the proposal to the teachers for a vote and then it will come back to the School Board for the final OK – probably at a special meeting next week. To punctuate the conclusions of the negotiations the Superintendent led all concerned on a tour of Old Central’s Clock tower which I haven’t seen in better than a decade. Here are a couple of my pics of that celebration: 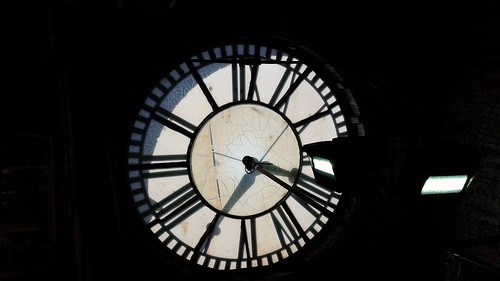 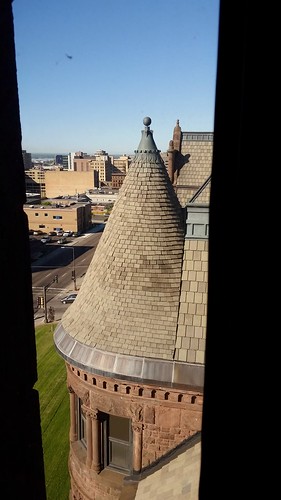 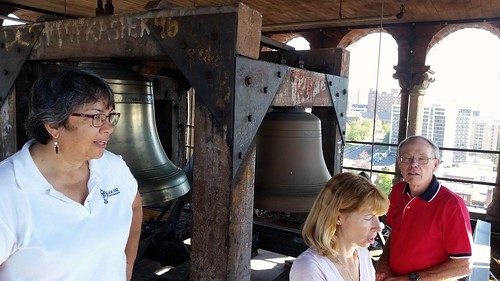 I don’t think I am obligated to mention the details of the contract but I did call both the Trib’s education reporter and Loren Martell to tell them it was over. According to Jana Hollingsworth once something is on paper it is public data. That sounds right but I have no idea if “the paper” been made available to her or Loren.

When it comes time to vote on this I will offer what I consider some sobering insights on the District’s financial future. That said, the State legislature offered up education funding increases that amounted to a 2% increase in each of the next two school years and our teachers, for an important and uncertain consideration, accepted less for these two years. That will give ISD 709 a tiny improvement in its fiscal situation for the next two years.

What will happen in the second consecutive approved contract (the third and fourth years) could be a disaster or a success for the District. Time will tell. Loren was aghast that we did not win concessions on our health care. It wasn’t going to happen with this board and could have caused a protracted year of more of bad feelings while we wrangled over an unsettled contract.

I have no idea if I will be on the Board in four years but I am I will want to have a long public study of the District’s finances to prepare the District for talks in the fifth and sixth years.

During one of the school board’s closed door talks it was suggested that the meager insights I put on the blog could get me censured again for not being a team player. That led to a testy 45 second discussion before we agreed to new parameters which were undoubtedly necessary for the quick end-of-year settlement we seem to have achieved. I hope the Union finds them entertaining when they become public.