It will be a long and fascinating day. I’ll keep lots of mental notes. I would also like to provide you with some time fillers during slow periods during the convention that are – blush – (dare I admit it?) a little self serving.

Yes, I live at that house and have for thirty-plus years of snow sculpting.

There are dozens of other examples here.

To the horror of local Republicans I sculpted Bill Clinton in 1992. Check out the Clinton Video and Barack Obama. 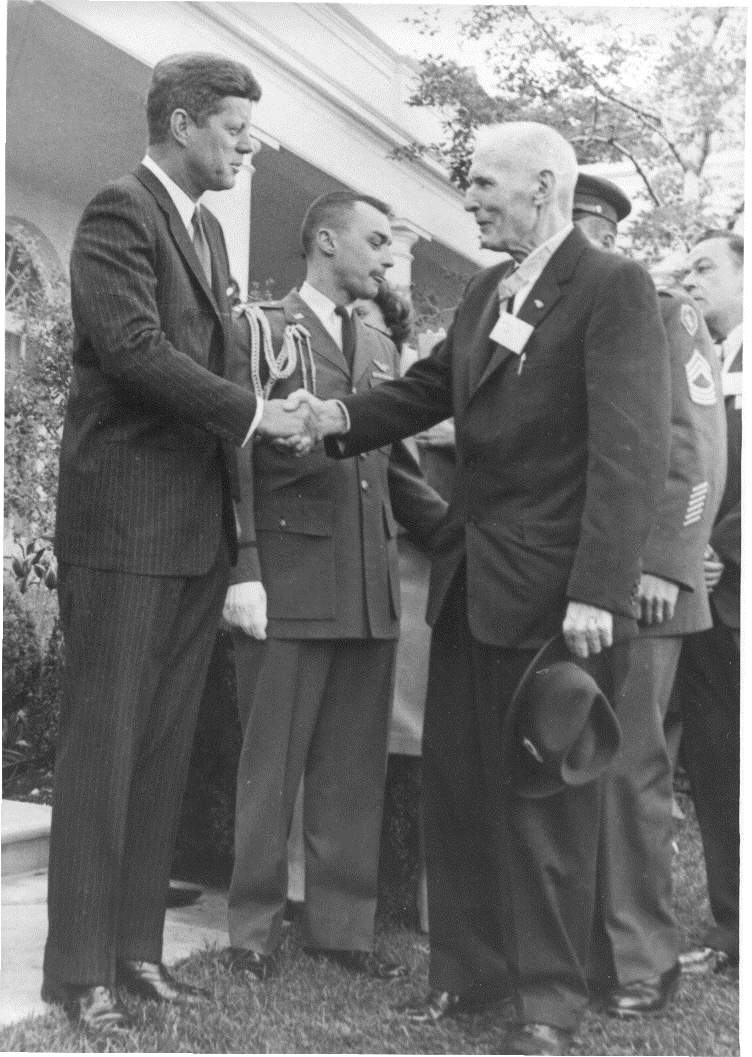 This is George Seanor Robb (Grandfather of Harry Robb Welty) shaking hands with JFK at a gathering to celebrate servicemen awarded the Congressional Medal of Honor. There is a much more about my Grandfather here and on my blog.

I won’t post the startling photograph of the reenactment of Mankato’s infamous hanging that circulated after news of a Minneapolis Sculpture Garden tribute went awry and made the headlines. I wrote about this dreadful history in the Duluth Reader 15 years ago. My hero Lincoln reduced the number to be hanged from over 300 to the still alarming 38. There was another war going on at the time which took his attention away from a fuller clemency that I’d like to have think he would have preferred.

I wrote over 100 columns for the Reader and have them on my old Website.

You may wish to compare the speech Harry will give today with this one. Harry delivered it on Veterans Day in Topeka, Kansas a few days after Donald Trump was elected. If you start it at 11:30 minutes in it begins with a description of the unusual outfit that My Grandfather served with in World War I. My tribute starts after that.

Finally, I approve of Bernie Sanders campaigning for a pro-life Mayoral candidate of Omaha, Nebraska. If the Republicans have repudiated Ronald Reagan’s “Big Tent” the Democrats better follow Bernie’s example. By the way – I’m pro choice and have made that clear on a number of occasions, for instance here and here (when I first broke with the GOP)

With each passing year it becomes more evident that the Republican Party cares deeply about fetuses up until the moment of their birth. Then Its OK if the world they enter turns Dickensian. It will give them character and if we don’t like it we can just throw them in prison.