Jana Hollingsworth has written another knowing article about our local public education scene in today’s Trib.

Its gist is this: By placing new demands on high school teachers who are teaching classes in public school to students that can earn college credit for such classes we are about to deny kids a lot of affordable credits they can apply to their college transcripts. In doing so we are putting college that much further out of reach for some kids……..especially rural kids too far from colleges to take alternative PSEO classes while still in high school. Post Secondary Educational Options are similar except they are taught by college teachers on a college setting. Poor you if you live in East Pumpkin Corners sixty miles from the nearest college. You are effectively denied a chance to take such courses like a high school kid from a college town.

This law is a boon to college teachers and colleges who want to keep that tuition money for themselves. There may be a legitimate accrediting issue when it comes to high school teachers teaching college classes but in my view it is greatly overblown. On the other hand, the teachers’ unions which might go to bat for their members to teach in CITS classes have also been the chief enemies of leting non licensed teachers with advanced degrees in physics, chemistry and engineering a chance to teach in the public schools even when the nation runs short of such teachers.

So much depends on whose ox is gored.

The kids who will lose out pretty much fit into the red spaces on the map below that I found in Aaron Brown’s political blog. The Red spaces denote folks who voted for Republican congressional candidate Mills. These voters feel left out of America’s current prosperity which is becoming increasingly urban. Depriving their children from earning pre-college college tuition is simply one more kick in the teeth to the rural landscape. 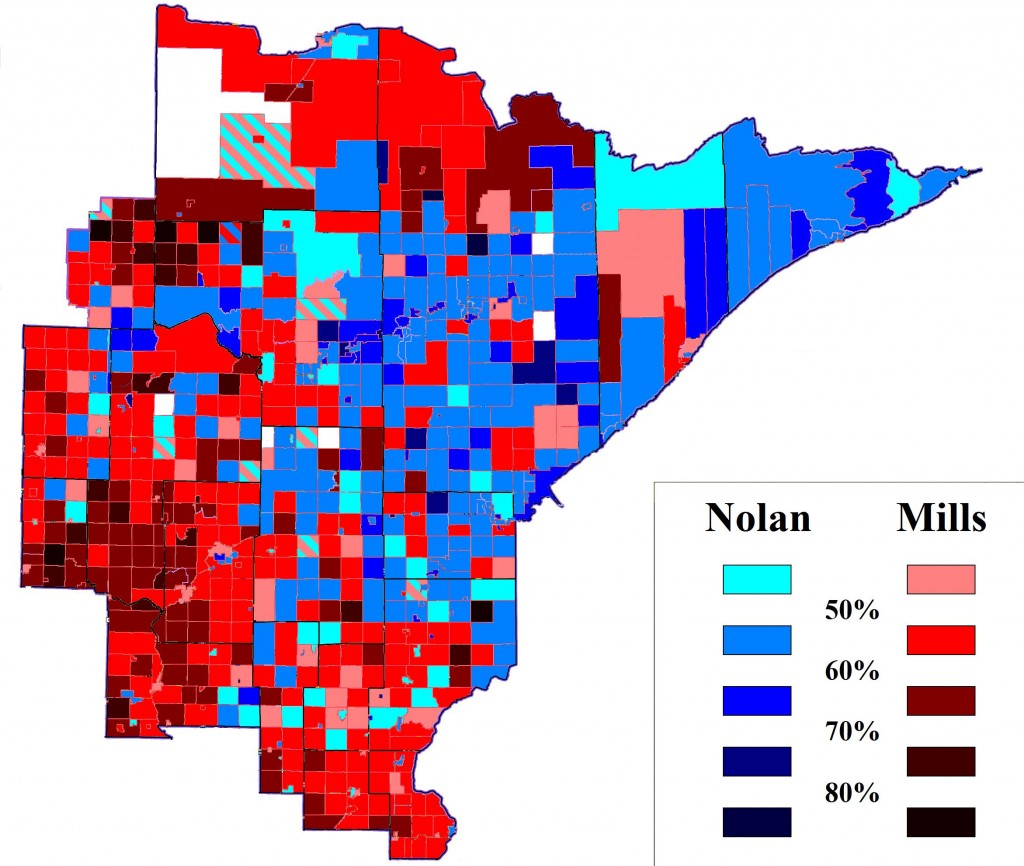 Its worth remembering that many of these folks voted for Barack Obama. I’m guessing that the folks so eager to impose fussy new requirements on rural schools are mostly fans of big government.