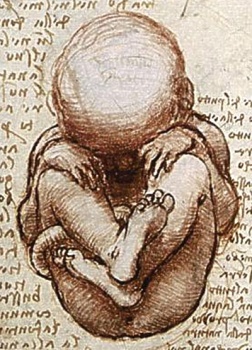 Yesterday I was particularly interested in this letter to Dear Abby from a mother who is distraught to have learned, during a heated Trump/Clinton conversation, that her daughter had undergone an abortion.

One of the groups that elected Donald Trump was the pro life community. They overlooked such things as his attempt to talk his second wife into having an abortion and saying so on the crass Howard Stern Show. He gave a stirring denunciation of abortion in his last debate with Hillary Clinton. Since the Republican Party noisily changed its mind about abortions in the President Reagan era to attract Catholic voters the Party’s protestant adherents have adopted a very papist philosophy – That a human is created from the moment of conception. It also adopted the Catholic dogma that contraception should not be permitted because every act of sexual congress should only be undertaken for the sake of procreation. Recreational sex was simply a pleasurable consequence that resulted from an action that was only justified for the purpose of making babies.

The Republican Party then took this line of reasoning to an extreme which its adopters (like the Mother in the Dear Abby letter) are having a very hard time abandoning. Protestants never went as far as Catholic prelates who opposed Contraception under any circumstances even within marriage. But Republican leaning protestants did believe that contraception should be opposed for the unmarried because it only encouraged immoral sex. I have never forgotten the waitress who overheard a conversation of mine 40 years ago and leaned over my table to tell me that as far as she was concerned “If you’re going to play, You gotta pay.” That it would be an unwanted child who would pay the price for his/her parent’s ten minutes of rutting did not to occur to her. I made that point in a defiant speech to a Republican Congressional Convention in 1992 which was met with a wall of boos. Since that time the Republican Party has found it easy to fight against tax increases that would benefit needy children leading to the legitimate complaint that the only time Republicans care about life is before birth. My speech was alarmingly prescient. I even mentioned the party’s infatuation with Donald Trump!

And the party only got more virulent. Ten years later one of its young acolytes, speaking before one of the last Republican conventions I would attend, accused my ilk of having committed a crime worse than those committed by Hilter, Stalin and Mao tse Tung combined.

Churches did their best to convince women who had undergone abortions to think of themselves as murderers. Being good Christians they promised God would forgive the women if they admitted their guilt. Their campaign has made a routine medical procedure so heinous that it drove some pro-life sympathizers to murder physicians who performed abortions and silenced tens of millions of American women into secrecy. The simple fact that a one day old ovum is not a chimpanzee, an elephant or a paramecium has been been trumpeted as evidence that a human life worthy of constitutional protection has entered the world. I regard that Catholicized judgement to be ridiculous. Ah, but such thinking makes me a mass murderer since very ovum expelled because of the morning after pill is considered to have been a murder.

Its not just life that makes delivering every conceived child risky. Sometimes pregnancy is dangerous. Ovums may not descend into the uterus, Fetus’s may have congenital defects that make life impossible. Women in such straights may have been publicly shamed and silenced but some few have told their stories anonymously. I defy any “pro life” person to disregard the stories told to Andrew Sullivan’s “Its so personal.” series. I too have such a personal story to tell that I can’t because, being a male, I didn’t undergo the procedure myself.

That a Donald Trump would court pro-life votes does not surprise me. If he could have won a lot of pro choice votes he had but to point to his Howard Stern interview. I’m sure that many pro-life voters pinched their nose when they voted for him guessing that he could shed this promise like a snake sheds skin. The worm is turning however no matter who Trump appoints to the Supreme Court. Like the daughter who holds a beloved grandchild over her fanatical Mother’s head a new generation will take a more measured response to unwanted, unplanned pregnancies even if Roe v Wade is over turned. Its just a damned shame that our abortion politics of the last four decades helped lead America to put a Donald Trump into the Oval Office. He much prefers staying at Trump Towers and lobbying the Brits to keep windmills out of view at his Trump properties in Scotland.