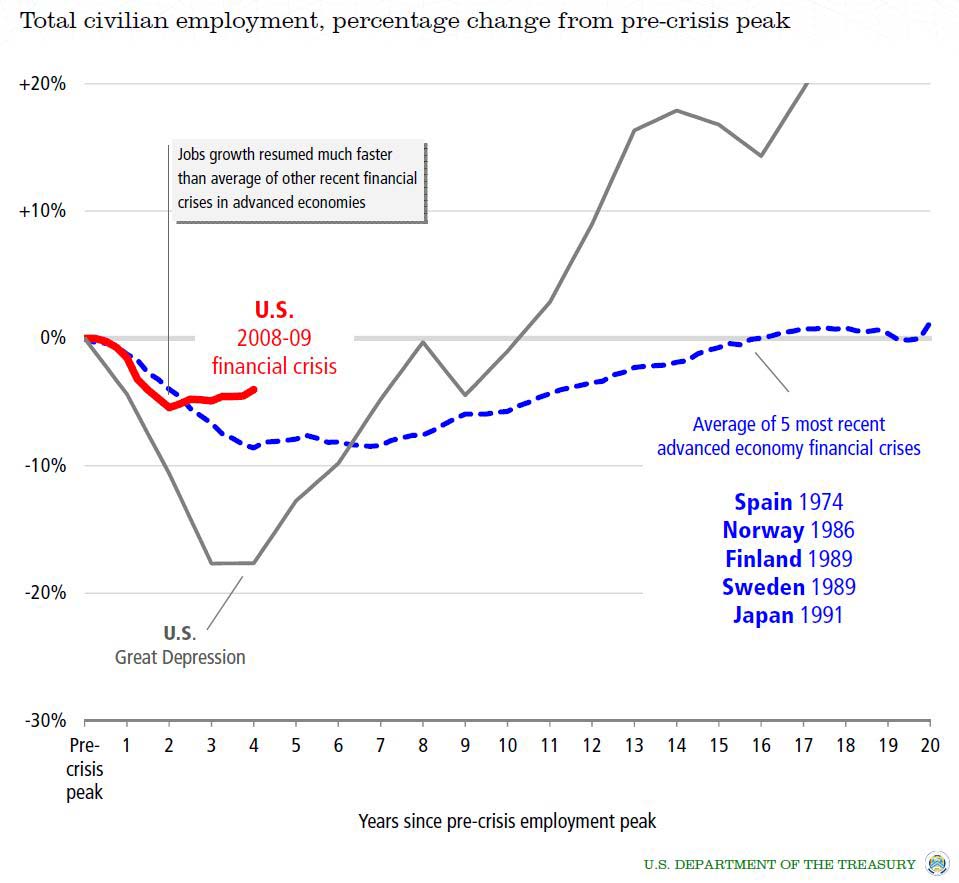 When I was in high school or college I recall learning that FDR was criticized for causing a second rise of unemployment during the Depression in about 1938 when he began enforcing austerity measures because the GOP was criticizing him for his excessive spending.

You can see that dip clearly in this chart which overlays the 1930’s depression Era economy with today’s recession and an imaginary line which is the average of the 5 worst Post War recessions of First World nations.

We are not eight years into the current recession as FDR was when he stopped spending federal money. If Mitt Romney is elected he is promising to do what Roosevelt did. In other words he is promising to stop spending money which will almost certainly drive up unemployment…..that is if Mitt’s promises are worth the spit he expends on them.

More on the graph here.