I didn’t comment on the Sunday Trib which had an editorial and two big op ed’s about the ISD 709 Referendum:

I’ve just reread the editorial and its worth a comment. 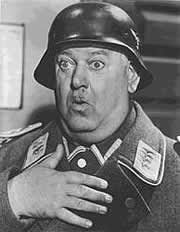 At no point do the Editors urge voters to vote for either question 1 or 2. Instead they let Tom Albright do all the talking. They quote his explanations on why the levys should be passed. At the end they say benignly of Tom’s arguments, “That’s their pitch anyway. It’ll be up to votes whether to buy.”

Well thanks a lot DNT. For six years you have been torn between being a Red Plan booster, harping against Red Plan Critics, while never quite finding the gravel in your guts, or ink in your editorials, to to find fault with the Red Plan’s once ardent promoters. In fact, you’ve been burned by those promoters right up to Dr. Dixon himself. After he paid you a call you were once persuaded to write a glowing editorial about a mythical $32 million in savings that a putatively happy school board would be able to spend in the classroom. I guess like the Chamber of Commerce you now do not wish to soil your reputation further by promoting more spending even if it’s required to rescue our schools and save the half billion investment in new schools that was forced down taxpayers throat. Its a decision you were complicit in and now you are treating it like a turd in a paper sack.

Like former Board Chair Nancy Nilsen you bought the argument, or never disputed it, that the Red Plan would give us $5 million a year in savings to lavish on the classrooms. Now that we know that instead of a positive return the Red Plan has given us 44 students in high school English classes you zip your lips like Seargant Schultz in the old TV series Hogan’s Heroes. The best you can offer is: “I know nothing.”

Former Board member Tony Stauber also weighs in with some cautionary words that fall short of an endorsement of the referendum and a trio of students write an earnest plea not to let the referendums fail. This is not the public campaign which will save the Duluth ISD 709 schools.