Had the first good uninterrupted nights sleep in two weeks. six plus hours. It helped that I spent an hour listing the things I should try to accomplish to do just before bed. It was a list of 11 items. Dropped my grandson off at school today. Came back helped sort laundry. Opened the blog to type this bloggy stuff after a couple weeks simply posting links to podcasts. 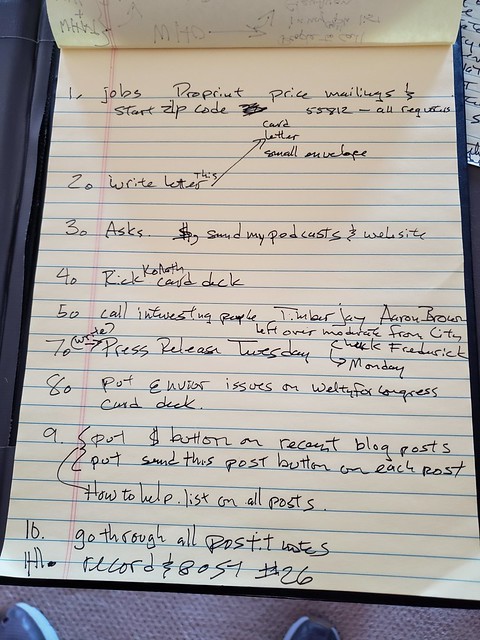 I am used to being a one man campaign manager. After 19 campaigns its worked well enough except for partisan races where my Republican Party was either too focused on the East End (in the old days when moderate republicans ran east Duluth) or were simply non existant in my western residence at that same time or today when my moderation is considered a heresy…eg I am a “baby killer” who admitedly makes cool snow sculptures (when I’m not making fun of Trump.)

I am trying to build a viral campaign based on my empire of ideas something which Pete Stauber has no concept of especially as a Trump dishrag. I’ve all but called him a traitor which will only make me more of a heretic in the Republican party built inadvertently by guys like Karl Rove who called the people he groomed “crazies.” Thanks Karl. They now all run the Lincoln Project in a desperate last minute effort to atone for going the Fox News route. Their stewardship of the party left us with the far right’s replacement theory, tens of millions of gun lockers and just the latest in unhinged kids shooting up black people in a pathetic bid to undo 200 years of southern plantation owners efforts to hijack innocent Africans to work for free as slaves.

To that end I have tried to create a friendly online presence with Weltyforcongress.com and my Spotify podcasts

But I have to find an inexpensive way to make tens of thousands of people read and listen. To that end I’m looking for people to pass out a petition starting tomorrow to sign me up as a Republican candidate to challenge Pete. I’ll be calling friends today and tomorrow to ask for ten signatures but if I can’t find takers I am prepared to do it myself. I’ve collected the thousand the law requires on my own both in 1992 and 2006 but those were one man campaigns. That won’t work this year.

So I’m thinking of a ten x ten x by ten campaign. Ask folks to find ten signatures for a petition, Ask then to send a link to either of my campaign internet sights to ten people and send me ten dollars. I’m even having decks of playing cards of my snow sculptures to raise a little cash. They will be cool.

As for the petitions they can be picked up at my front and back doors. This is what people will find if they stop by to help….and BTW if they only can add a couple signatures to the list that’s fine. I just need them back to keep passing out so I hope my supporters will save me a trip to their homes by dropping what they fill up back at my house. 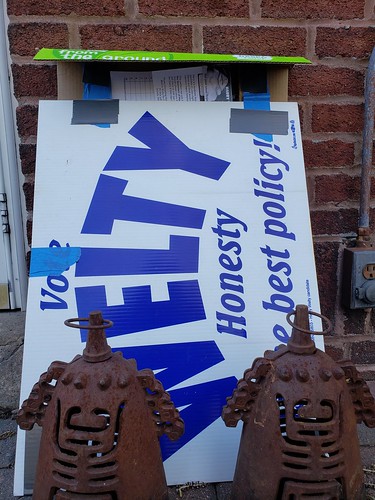 I can’t promise I’ll regularly post Harry’s diary through the campaign but tomorrow I’m planning a press release to announce the petitioning.