I have a two day subbing gig tomorrow and Wednesday. This time it will be with middle schoolers. For the past twenty years no classroom has held any terror for me, only the colleagues who bent over backward to keep me from subbing while I was on the School Board. My recent organizing has only helped me feel better about a past I find more fault with than anyone else. I’ve taken a number of photos of discoveries and today, looking through the 1992 file that I consolidated with my three ring binders, offered a couple nice surprises. This was from a former seventh grader at Morgan Park on the eve of her graduation from Denfeld. It would be another three years before I made it to the School Board and the stage of Denfeld to hand out dipolomas. Teachers rarely hear from their former students. I’ve gotten letters from a few. Some apologized for what I have always considered my shortcomings. I still do. This one was from one of my favorite classes. She confirms what I always thought. I was on to something. 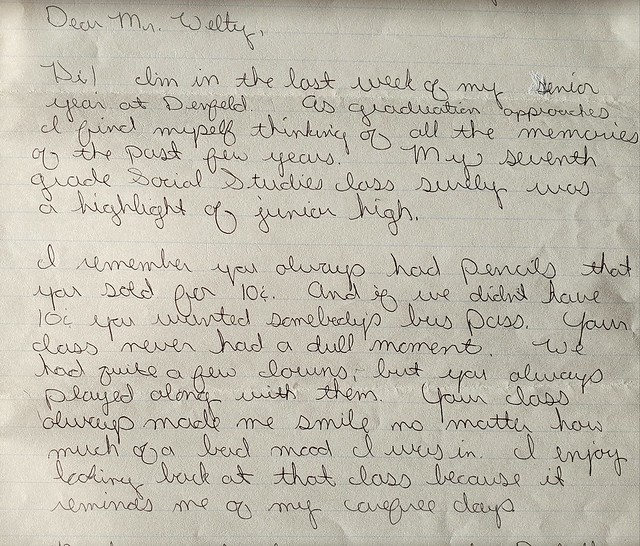