I rarely if ever steal the Duluth Reader’s thunder by putting my columns online before they appear a week later in print but I’m making an exception to this one: Vyle Rittenhouse. 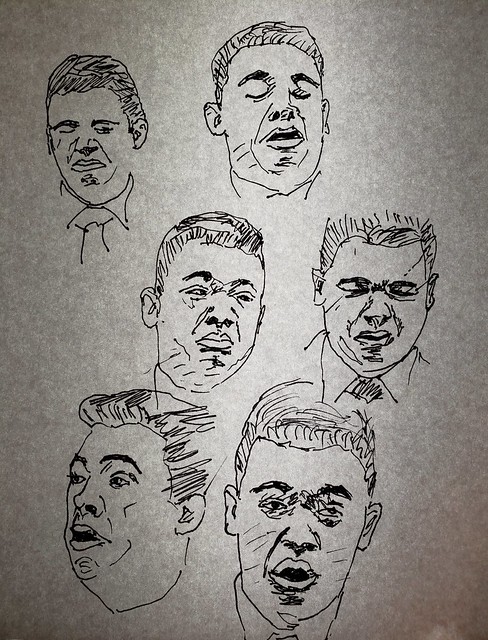 The Tears of Vyle Rittenhouse

Kyle Rittenhouse is a kid. The same kind of kid who, had he been shot down on the field of battle, could have cried out “Mommy” as life drained from his body. Such a death, tragic as it would have been, can certainly be called heroic.

But there was nothing noble, let alone heroic, about Kenosha. Kyle Rittenhouse was not answering the summons of his nation. He had his mom drive him across the state where a friend was keeping his illegally purchased assault rifle so he could watch riots up close. He was not a cop. He was a moth. Worse, he was a self appointed vigilante who didn’t know jack shit. All he knew, or should have known, was what every bad guy who takes a loaded gun to a robbery knows. I learned it from an NRA gun class in junior high. Never point a gun, loaded or otherwise, at anybody….unless, like a bad guy, or a real cop, you mean to use it.

When a bad guy puts ammunition in a gun for a robbery its there for one purpose only. To be used if necessary. No matter how often he tells himself or a jury that he never meant to kill anybody a killer is still guilty as sin. This is why armed robbery, even without deaths, is judged so much more harshly than other crimes without weapons. Seventeen-year-old Kyle Rittenhouse went with his assault rifle prepared to kill someone. And he did. Two someones and nearly one other. But he got off. Maybe he got off because of video evidence of his victims doing exactly what people can be expected to do when someone points a gun at them. But a lot of black Americans are not stupid to note that a white state acquitted a white kid recklessly carrying a loaded rifle where he had no right to be.

Its hard to forget Kyle’s reaction when faced with a prosecutor determined to give the boy a man’s prison sentence. Under a withering examination the boy, confident in his virtue, even smug based on pre-trial activities, burst out in contorted howls and sniffles like the child he was while he asserted his innocence.

Juvenile offenders are usually treated as children but in many states children who kill are treated like adults, especially in the Republican states of the South. Especially if the accused are black. Southern courts have been so rabid for swift justice that in recent years their prisons have had to release a great many innocent men convicted because undiscovered or suppressed evidence sent them to a life behind bars. Now Kyle faced this possibility if found guilty. But of course, he wasn’t. What the jury decided will have ripples across the nation.

There is a case with similar issues in a Georgia State Court. Three men, afraid that a black man jogging down a suburban street had committed a property crime, took on Rittenhouse-like police powers, set up a pickup truck barricade and chased him into the rifles they leveled at him with another pickup truck. Kyle Rittenhouse, said he feared that men running towards him would take the loaded weapon he brought and use it against him. That is now the defense of the men who shot jogger, black jogger, Ahmaud Abery to death. They maintain that having surprised the jogger and cornered him there was only one rational response. Shoot the nigger. And that’s what they called Mr. Abery.

But its not racism on trial in these courtrooms. Its an expansion of the novel new idea of stand-your-ground laws. Put a loaded gun in someone’s face and if you think they might grab it from you stand your ground with bullets. Its a fantastic new freedom for vigilantes like the ones who plotted the kidnapping of the Michigan Governor because they didn’t like how she was trying to stop the spread of Coronavirus. One of them has been sentenced to six years. But if future vigilantes don’t go around plotting to kidnap politicians they are good to go. They just have to chase them into their loaded assault rifles.

All of this is not a tragedy for the talking heads of Fox News. Its red meat. Rush Limbaugh wannabe Tucker Carlson has invited the recently acquitted Rittenhouse to receive Fox News’s equivalent of a ticker tape parade down New York City’s Fifth Avenue. (Just where Donald Trump said he could shoot somebody and get away with it.)

Kyle will be getting a big pat on the back for citizenship on prime time Fox. It might even have been Tucker Carlson who blew the dog whistle that led Kyle Rittenhouse to Kenosha and prompted him to take up arms. Golly, these multi-millionaire Fox megaphones for civil war just keep getting richer every day.

That’s Vyle Rittenhouse for you.

Everything that Harry writes that is not about the imminent destruction of Earth as we knew it is superfluous. But, he does prattle on at: www.lincolndemocrat.com