I have been taking my lifetime’s collection of family memorabilia and putting it in chronological order for three weeks. I’m hoping to have the majority of this work done before I begin subbing on Friday. I realized today that my big box of early nostalgia had yet to be opened. So this evening I pulled it out and discovered my very early application of archiving. It was crammed packed. I’ve only peaked at its many treasures. I found for instance a page my Mother gave me from the day I was born on the tenth of December. She wrote a note on this bit of history saying that she was doing what Claudia and I did in our early marriage. She was making her own Christmas gifts. We made tie dyed shirts. My Mother was shelling pecans. She shelled them for hours as she recorded her contractions which began at 3:05 in the afternoon. Forty-seven contractions later at: 8:07 she was done, either with shelling pecans or with me being inside her. I don’t imagine she was still shelling pecans at the hospital when I made my not-quite-Christmas appearance.

I have only skimmed the surface of my early archive but in light of my new tagline I was more than a little surprised to find this rumination below written when I was a high school Senior. Its in a notebook where I jotted down the things on my mind. Not bad for a 53 year old prediction: 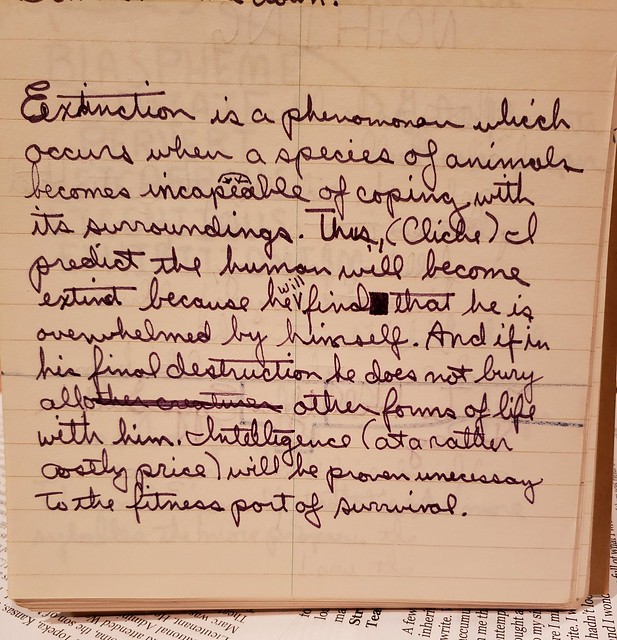 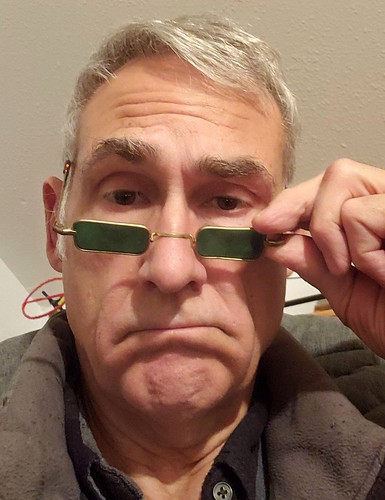