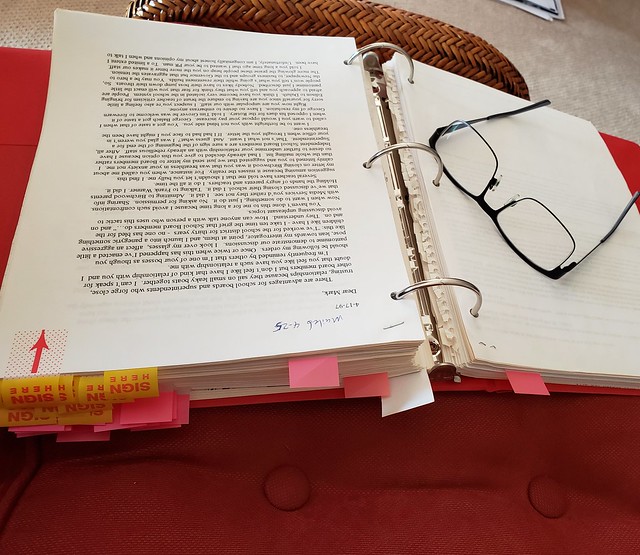 I sent in my seventh consecutive weekly column to the Reader over the weekend. It was cobbled together from about six previous stabs at how I have viewed my role on the School Board. It will barely cover that history. No collection of twenty 800 word columns could do the trick.

It is my intention in one of these future weeks to write about Duluth’s recent history of Superintendents. I watched many of them from a distance until my election in 1995. I served with three of them and did my best to prevent one from turning our schools into a wasteland.

The image above is one of three feet worth of 3-ring binders from my first eight years on the Duluth school board. They mostly include correspondence from me, or to me, about the Duluth Schools. This red folder covers 1997 the year we started Duluth’s then Edison Charter Schools. Mark Myles was the Edison genie. If you look at the opened binder you can see about a dozen tags stuck throughout it. I put them in this folder and lent it to Mark Myles’s successor Julio Almanza to help him better understand the bucking bronco he’d just been hired to ride.

What I principally marked for Julio Almanza to read were a year-long series of email between me and a woman in St. Louis, Missouri who was trying to push a charter school law through the Missouri legislature. Minnesota was first to authorize charters and Duluth was the second school district in the state with a charter. Our Edison Charter was the bête noir of teacher’s unions. I knew when I was forced to vote on approving Edison that my relationship with the Union might never heal. Heck, I’d once taught in the Duluth School. I was sitting on the teacher’s contract negotiating committee when I was terminated. In my first four school board campaigns (and all 6 of the following elections) the Union never endorsed me. Now in 1997 I was about to piss them off as never before. In fact, the union President pointed to me angrily at a school board meeting and told me that I would be target in the next election.”

To say that the material in this binder might have been of interest to the incoming superintendent is putting it mildly. There was a stark 4 to 5 split on his nine member board between charter supporters and charter opponents. The four minority anti charter members had all been elected by the union the year before Julio Almanza was chosen to be our next superintendent. The following year the five Charter supporters on the School Board would all be up for election. Siding against the Charter would have been the Superintendent’s safest bet.

I wanted Julio to know what had taken place the year before Mark Myles’s surprise retirement announcement.

I’m still trying to figure out what to write in my next ten columns. This will give you a small taste of the sorts of things I have to choose from. The three feet of 3-ring binders is just the tip of the iceberg. I wrote this letter to Supt. Myles
shortly after we voted to proceed with the charter, before the 4 anti-charter board members had even run for office and before I became the Chairman of the Board with their help. After 22 years I see no reason to keep it private anymore. 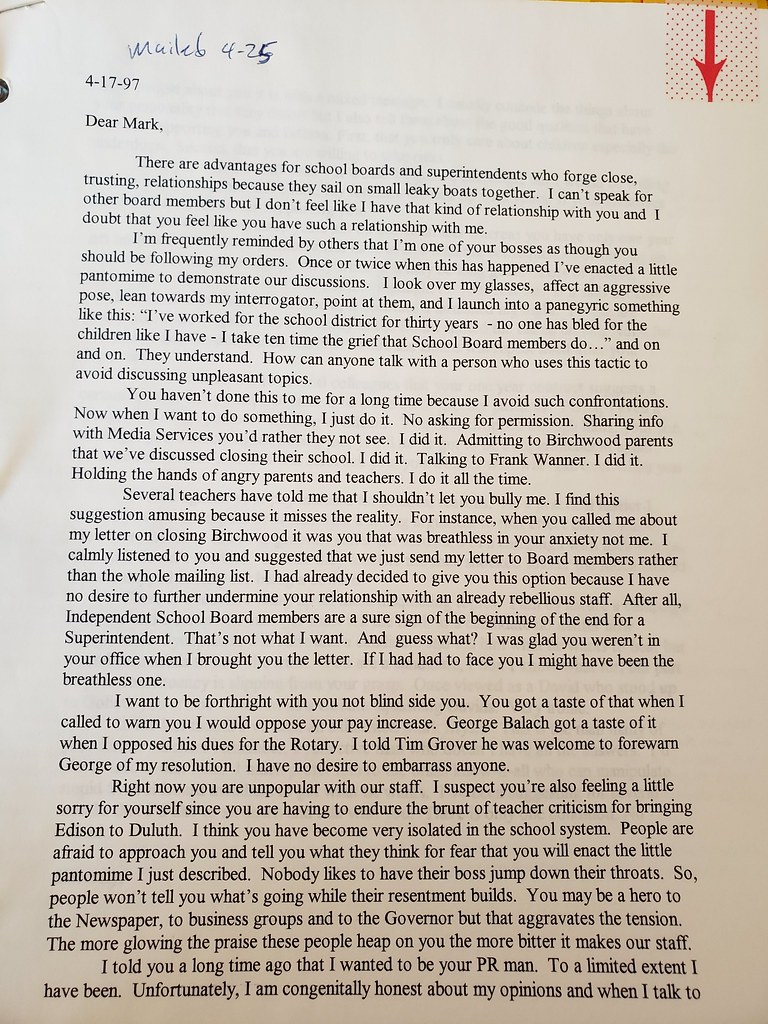 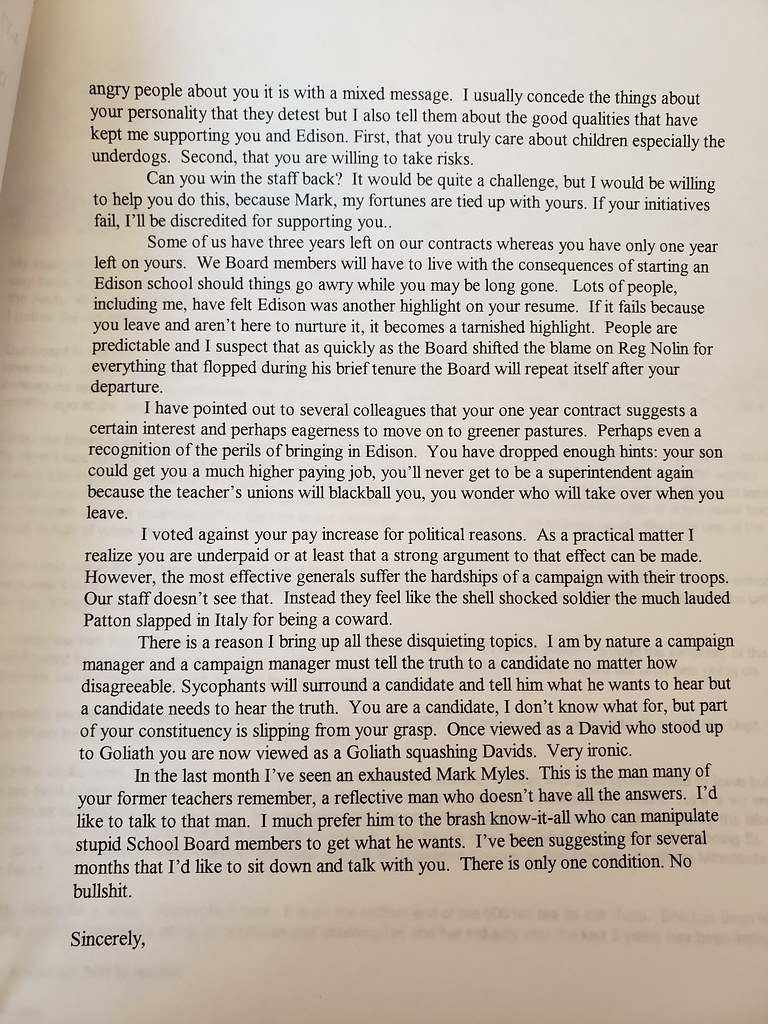 The fact that I shared everything in this three-ring-folder with the new Superintendent tells you a little more about me. For those of you who randomly search for stuff about the Duluth Schools in this blog this is not likely to be a surprise.