Which reminded me that Mr. Reagan once sent me a nice letter: 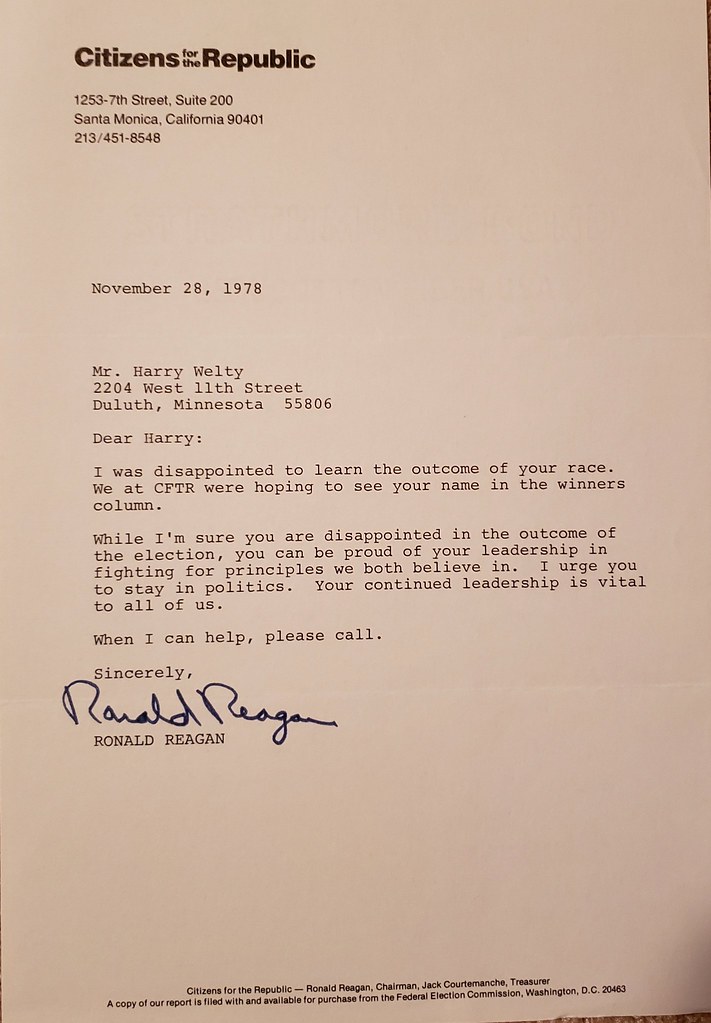 Granted I was one of 7,000 candidates for our fifty state legislatures to receive his condolences (or congratulations in the case of winners) But I kept the letter just for this post forty-two years later.

This is how Mr. Reagan made sure he would win the Republican nomination in 1980. I didn’t vote for Reagan then. I voted for an independent candidate, former Republican Congressman John Anderson. But four years later I was sufficiently impressed he got my vote in 1984.

And boy did I ever “stay in politics!”