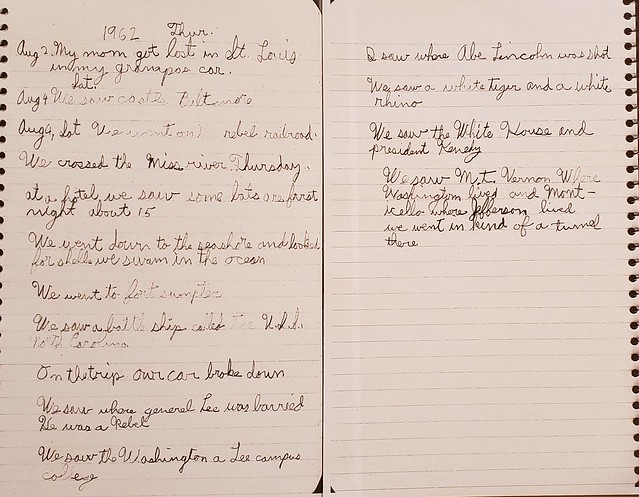 I have just decided to smell the roses. I’ll file for the Congress next week but I found what I’ve been looking for. I’ve told Claudia for twenty years that I want to be a writer. Perhaps getting elected to Congress would be like the proverbial car a dog tries to catch but has no clue what to do with it should he succeed. I know just what I’d do but I waited too long to finish a book that would help me get elected. However, my eagerness over the past to weeks to get started writing a book that’s been inside me for several decades has been very rewarding. I’ve decided that writing a book I’ll be proud to have authored is more important to me than cobbling together a protest campaign for Congress.

This month I’ve been slowly picking up speed like an old Atlas rocket. They seemed to hover over the launch pad forever as they inched above the Earth. Two weeks ago everything I’d been doing came together. I’ve already got 65 sales to honor and my buyers have been patient with me. I’m going to send them something I wouldn’t mind putting on a book shelf.

The journal above is what tipped me over to this decision. I’d found so much to work with that haste put a good book out of reach. A proper edit can’t be done in two weeks or even a month. But everyday for the past couple weeks even with a couple hick ups I’ve been pleased with what I have.

This morning I had to rummage through an old box of my mementos to answer a nagging question. It led me to my entire journal from my two week 1962 vacation and my first sight of the Ocean. That’s it up above. Its 149 words counting numbers as well as words.

I’m going to elaborate on that first day because I enjoyed seeing how much I’ve improved as a writer over my 11 year old self sixty-eight years ago. Today I’ve pounded out ten or twenty million words on my keyboard.

The vacation must have been my Dad’s brainchild. He wanted to take his Mother and my Mother’s father along with us for a trip to the East Coast. Dad was a public servant so he only had two weeks vacation time. We would take our car and one of my Grandparent’s cars. I don’t remember whose but my parents would do the lion’s share of the driving.

To make it to the East coast we would have to put a lot of mileage on the cars the first and last days. As we were about to cross the Mississippi River at St. Louis at about noon my Mom and Dad lost track of each other. I think my Mother was behind following Dad and he thought she missed a turn. He doubled back to find her in a seedy part of downtown St. Louis. When she didn’t turn up he had to conclude she had figured out how to continue on. We had no cell phones so we cooled our heels for maybe twenty minutes before Dad had no choice but get back in the car and proceed to the planned lunch stop. That was Vincennes, Indiana. Before we left I think he might have put a call in the police Department to ask if anyone reported getting lost on the freeways. Now we would have to keep our eyes pealed for the other car hoping to catch sight of it in a parking lot by some cafe. We saw it. And that suggests to me that it was our grandfather’s car. Grandfather was riding in the car Mom was driving and I don’t think she would have started the trip out driving her mother-in-laws car. If so, it was his Studebaker a car I would use ten years later for my stint as a Republican campaign operative.

My “journal” says only ….why there it is…”grampas car” It also blames my Mom for getting lost but she is the driver who first proceeded to Indiana and our late lunch.

The journal was my Grandmother Ruth Welty’s idea. I guess she knew that world travelers kept such journals and the teacher in her thought this would be a wonderful thing for me to do. As little as I wrote I would take this to heart and write similar but ever so slightly more expansive ones through high school as my Father took ever more expansive trips to get us to all 49 US states on the North American continent.

I remember far more than I ever recorded. I remember seeing the memorial to George Roger’s Clark as we looked for my Grandfather’s car. I had played him in a PTA play in fifth grade. That’s probably why I remember it.

Well I just had my computer count the words in paragraphs 5,6,7,8,9 and 10. I just took 598 words to describe one anecdote from the first day. That’s better than three times the words I expended on two full weeks of travel. And I didn’t even mention the lunch we had. So here goes:

Both my grandparents were Republicans but having been a teacher and having been thrust into unexpected poverty when her husband Henry Franklin Welty died in 1947 my Grandmother had a very different point of view. When we had finished having lunch my Grandfather, the recently retired Kansas State Auditor, left about 15 or 25 cents for a tip. My Grandmother was distressed by this and when he was almost out of the diner I watcher her as she put more on the table to sooth her conscience. I’m not sure how my Grandfather found about this addition but he told my Mother that her mother-in-law was improvident and that such generosity would lead to her ruin.