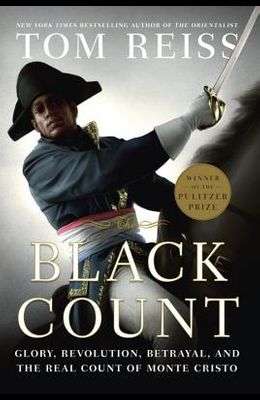 I told my French pen pal “S” a week ago that I would be busy writing my campaign book and not to expect me to be available to pen. My Pal misses me but now S will write a lot while I’m asleep and when I wake I’ll write a lot back. Its more like answering emails than having a slow typing conversation.

S has began studying English in school. We are only three days apart in age so we have a lot of contemporary history in common only mine is from and American experience and S’s comes from the French experience. I only began studying French about 770 days ago. I know because my cellphone french software keeps track for me. I have had a couple breaks lasting a day or two but I’m not counting them. I spent much of the summer last year doing the bare minimum but I did something. There are times when I put in a couple hours a day. I guess I decided back at the beginning I was going to learn to speak French come hell or high water or a campaign for Congress.

With my help S is getting back into practice. S even bought a book about France I mentioned which is in English. Its “The Black Count” about the father of the great French writer Alexandre Dumas who wrote the Three Musketeers (Les Trois Mousquetaires). S just ordered the book and began reading it. S told me that it was surprisingly easy to read and S was pleased. I told S that I hoped someday I could do the same in French. I also noted that because the book won the much coveted American Pulitzer Prize it was a good book to dig into to practice English and learn new vocabulary.

S has been reading my blog too and been following my eccentric politics. S asked me last night about just how I’m going about writing my book after I told S. my writing has been going amazingly well this week. Yesterday despite a lot of fresh writing I spent nine hours working on it and roughed out 10,000 pages. So this is what I wrote back to S this morning about my book:

“About my book. Yes much of it comes from my previous writing. My published columns don’t need much editing because I cleaned them up before people read them. My blog posts are much more casually composed and I rarely edit them as carefully.

“I am using my older writing like stepping stones. They tell about my past experiences but I am connecting them to make the whole story flow. Yesterday I added a lot of new writing about my college years. That is much slower work.

“I am up to 6 chapters. I am trying to do 2-a-day now. Chapters are about 5,000 words each. At the moment it looks like I have 7 to 9 more chapters ahead of me. I would love to have them written roughly by the end of next week. Then I can begin arranging for a printer but I will still have a lot of polishing to do.”

Its just past 8AM now so I’ll have a good day ahead of me to write. I’ll probably mow the lawn between chapters to freshen up for the second one today. Life’s obligations continue even during a corona virus sequestering. Before I start though I’ll link to a couple more news stories sans comment. S has been reading them to figure out what the Hell is going on in America. I hope S has known me long enough now not to take me too seriously. Its bad enough when I do that.