I’ll let the professionals clean it up. 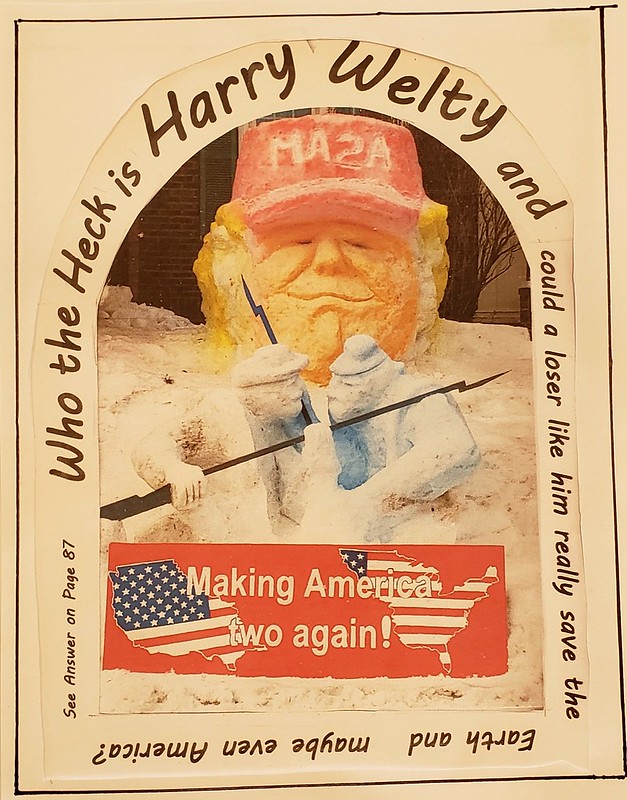 I’m taking pre-sales now. It will be money better spent than on tuition for Trump University.

Remember when you buy it the pay pal button says its for Harry Welty’s School Board campaign. That’s no longer accurate. Its explained in the previous post but this will be money paid to Harry Welty who will use as much of it as he needs to campaign for Congress and Minnesota’s August primary. The book is on offer for twenty dollars but don’t feel that that’s all you can give Harry to pay for his own campaign so as to avoid messing around with all sorts of federal campaign spending reports.

BTW – I haven’t consulted with any campaign attorneys for advice about this operation of mine but I figure if Republican U.S. Senators can get inside Corona virus information and make millions off the looming deaths of the constituents they represent I ought to be able to handle any investigation by the Authorities before President Trump fires them all.

PS. I don’t know what page the answer to the question will be put on. I’m still organizing the book.