For two years I’ve been looking for this map.

Its a map from the records of the US military and it shows the terrain my Grandfather’s company traveled for the days leading up to his getting shot to hell in France at a village named Sechault. In 2018 I finally got a chance to visit the village a hundred years after my Grandfather’s war came to a bullet riddled end. Not his life. The Congressional Medal of Honor he was awarded afterward really made his life. Its one of several books I’d like to write. But although I turned my office inside out to find it I never did. Until yesterday when I was working on another book for this congressional campaign.

Although I’ve been planning to write this book for better than a year (its but the latest of a half dozen such stalled books) I found myself postponing until I began to resemble the Hare in the fable of his race with a turtle. The Month of May was really my last chance to make a go of it before I filed to challenge Congressman Pete Stauber in the August Republican primary. I even sputtered the first two days in May but then I hit my stride as I thought through how to compose the book. My challenge for the rest of May is to assemble it and connect the pieces. And I had a brainstorm yesterday.

Another of the books I previously planned to write was about my epic fight with the Duluth School Board and a fortune 500 enabler that successfully conspired to deprive the citizens of Duluth from the chance of voting on what turned out to be a ruinous public school building plan. I didn’t object so much to the potential ruin, but I raised hell for four years about stealing our right to vote although I correctly anticipated it would be bad for our children. I took in money for 200 book sales but the fight took a toll on me and my ardor waned. I ended up returning all the money I’d collected. All that remained was reams of paperwork, court documents, an extensive webpage called Let Duluth Vote, file folders worth of newspaper clippings and a book cover page I had designed that proved to be a pretty successful advertisement for my planned book. The poster has been tucked against the side of my office storage room for five years or more. 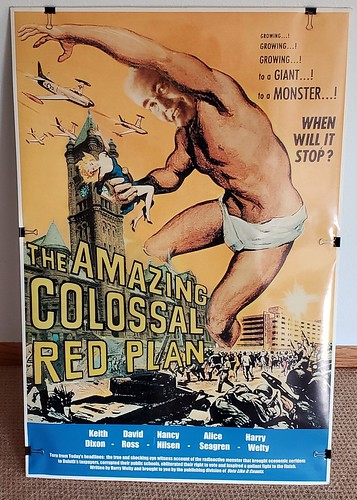 Since my book for Congress is about the excellent Congressperson I would be I’ve wrestled to decide how to cover the expanse called the Red Plan. That was the name of the ruinous school building plan. Yesterday it hit me. I already had a lot of material from my school board experience to pique the interest of voters in Minnesota. I could just use the chapter page on the Red Plan with one or two page chapter summarizing four years of Civic trauma. So, I took the poster out to take a picture and place it into the pages I’ve been putting together. And then I turned the poster board around. Ta da! There was my map of Sechault. I’d been searching for it in vain since packing to go to France. Oh how it would have helped me find my way around had I been able to locate it before my trip to the poppy covered fields of battle.

I already have more than enough for a book assembled. But going through my work has been joyful. I’ve been so pleased to read the things I’ve written over the past two decades and more. I began teaching myself to write in earnest after losing a teaching job in 1987. I seem to have accomplished it. A lot of people visited this blog yesterday and poured over a number of posts that reflect how busy my mind has been since I commenced assembling a campaign book.

And I’m not only pasting old stuff in here. I’m still composing. Just this morning I cranked out just shy of 3,800 words that will likely become my call to action at the book’s end.

On Friday I got a phone call invitation to join Congressman Stauber’s telephone town hall. I accepted it and spent an hour listening to Pete explain all the things he’s doing about corona virus while his President bollixes up the nation’s health. I pressed *3 to ask him a question but never got the chance. I did record an hour of his scintillating chat. If I can figure out how to put in on the blog I will do it. Its a great motivation to challenge Pete in August.

With a word count of 814 in this post I’m way over 5000 words today. I’ll probably add double that with my continuing assembly this afternoon. By Monday I’ll be able to spend my time editing. I’m pretty good at it.