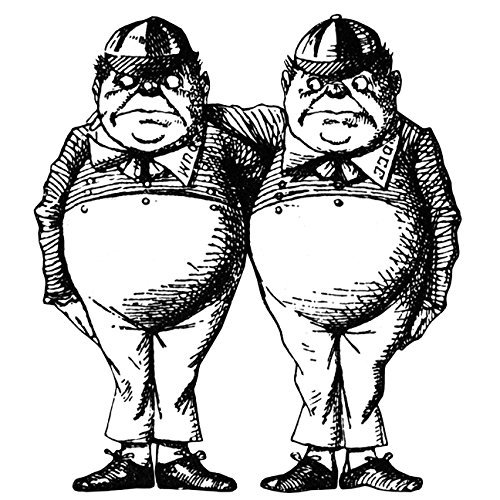 I believe the Trump supporters have been accused of wanting to go back to the days of Ozzie and Harriet, My Three Sons and Leave it to Beaver….if not quite back to the Flintstones. I understand this idea. Those were great days for a white kid like me with a stay-at-home Mom and a father who was an attorney for the State of Kansas. The privation of the Depression was long past, the post war economy was booming, Europe was still on the ropes and black kids should have been grateful that the era of lynching was mostly in abeyance. Golly, my city, Topeka, Kansas, had gone to the Supreme Court to preserve its more gentle segregation and lost. I was part of a bold new experiment to see if kids of different colors could play together happily like slave kids and their master’s kids. At least until such time as the master’s kids had to reluctantly pick up the whip and enforce the South’s “Peculiar Institution.”

And a lot of good things came to pass in the the sixty-two years that experiment in equality began when the black kids from segregated Buchanan School were shepherded into the white kid’s Loman Hill Elementary. But what I find myself nostalgic for is something all the damn college kids in my era wanted swept away. I wanted two centrist political parties. My peers pined to rid themselves of two parties that they called Tweedle Dee and Tweedle Dum. Well, they got their wish. The Citizens Councils of the South, the John Birchers, all sorts of cultic religious conservatives and Texas Oil men took over a new Republican Party that fought to keep us in Vietnam and teach rioting blacks a lesson in the rule of law. They all coalesced with big money from the Koch Brothers and purged moderates from the GOP, people like me. The same thing will happen to the Democratic Party if today’s unhappy youth get their way.

Here is the four line conversation I had on Facebook with my ex Bro-in-law who is becoming an ever more resentful Bernie supporter:

It began with a link to an opinion piece titled: “Its time for the left to build a force outside the Democratic Party.”

I couldn’t help but offer my two cents:
“Well that will give a leg up to the GOP which is ruled by the far right. Dividing the left in half will give years of US control to Republicans. Goodbye Earth.”

My Bro responded:
“It all ready happened that split occurred even before 2016 election. It’s become generational kind of like the 60’s. The new boss is the same as the old boss. Time to hand power over to the young.”

I whimpered:
“So there is no hope for Earth after the next census? The Atlantic has a story about how Trump is hiding behind the virus to monkey with the next election. Having the young leave the ship on a lifeboat to an uninhabitable future is sad.”

My Bro even more resolute:
“Yes Trump says We’re going to send everyone money and that’s what they remember they don’t hear the GOP vote against them. The Trumpers I mean. The Progressives wanted Bernie who would have addressed the very problem you worry about. He was rejected mostly by cheating. But I won’t even go there right now. We had a shot but apparently everyone said nah. We like our scandal riddled nominees.”

I know when to let a Facebook argument drop like a hot potato. But here on the blog I will make a case for the two mushy in the middle parties of your fighting over the people in the middle to the irritation of Teddy Roosevelt’s lunitics on the far right and left. Now, at least for the GOP its already the other way around. My Bro wants the Democrats to do the same.

This will be a central foundation for the argument to send a tough as nails moderate into the fray to wrestle with the Trumplican base of the new GOP. It will be a chapter in the book I’m putting together which will argue that its time to stop overlooking Harry Welty just because he refuses to pander to public taste to win elections. Yeah, I’m being a little preachy here. But you may not have seen anything yet.

I will give Bernie Sanders the last words: Words delivered over his 30-plus year career. He doesn’t pander either: