The franking privileges of our President: 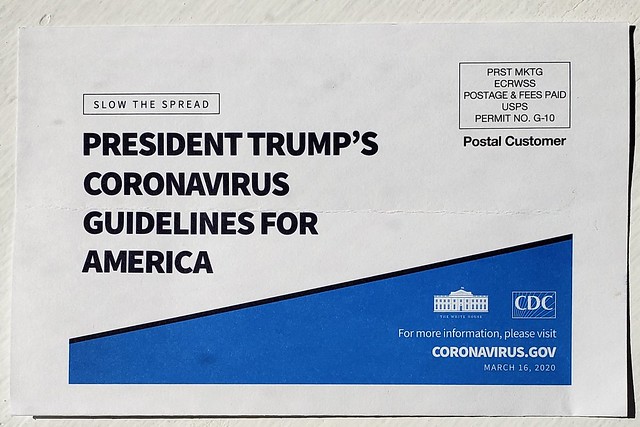 Why this useful postcard wasn’t described as coming from the CDC or described as being financed by Congress isn’t in question. Its obvious what Trump people do in our government. They find ways to make everything about Trump and every taxpayer funded governmental responsibility the gift of President Trump. I can’t imagine any other Presidential administration of the past splashing the President’s name so blatantly on a nationally mailed out item.

Thank God his press conferences weren’t included. People would die…..oh, they already have….the ones who took his wonder drug for malaria.

Here’s what my better half saw when she pulled it out of the mail.