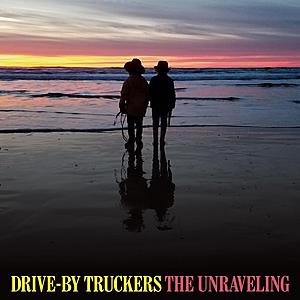 I’m always way behind on popular culture so I don’t recall hearing about the country western sounding band Drive-By Truckers.

This morning I caught the last half of an NPR story about them and when I heard their recording with the following lyrics I immediately began doing an internet search for them:

Though Mike Cooley’s songwriting isn’t as prevalent on The Unraveling as on previous Drive-By Truckers albums, his contributions are felt more than ever before, especially on “Grievance Merchants,” a song that laments the cycle of gun violence in the United States. Cooley’s anger and frustration are all over the track, and every time these lyrics hit the speakers, it’s impossible not to join him in those feelings.

The person being interviewed Packer something got in trouble with his teacher as a third grader in Alabama writing a defense of Richard Nixon’s impeachment. Whoa!