As is usually the case when I hold back my blog posts the process works rather like a fast car on a heavily traveled interstate breaking to a sudden stop. Dozens of other cars pile into its rear end. And so, my preoccupation with building one more snow sculpture has left a cascade of posts crash into my backside.

I did stop long enough to write a piece for the Reader My Reverie from a week ago. But even as I wrote it the snow storm removed other distractions. No Duluth Tribs showed up on my front door due to the unshoveled snow. On Sunday I got a huge passel of four which I have yet to look at. At some point a story was written in the Trib about a fellow wanting Duluthians to come to Leif Erickson Park to build snow sculptures. I only found out about the story at church yesterday when a fellow congregant mentioned that my name showed up in it. Apparently the organizer was hoping I’d show up and build something. News to me.

I probably spent twenty hours after the 8th snowiest blizzard moving snow from my backyard to my front yard. The first day of doing this I ended the day feeling light headed and dizzy whenever I bent my head. I found myself stumbling. Having just stopped at accute care a few days earlier for what turned out to be not much I was hesitant to do anything about this. The condition persisted for a week although when I went out to continue my sculpting it went away as though banished by my preoccupation.

A little fellow in a school bus yelled out a window as he passed for me to “Make Trump.” I called back that I had already made him a couple years earlier. In fact, I’ve made Trump twice and a third sculpture, my Grinch, was a barely veiled reference to him. Only Bill Clinton has commanded two sculptures of mine. The first made the national news. The second was barely noticed and when I put a cardboard cheese head on him in honor of the Packers winning the Superbowl no one knew who he was. I don’t like spending hours crafting sculptures of just anyone. But Trump is a man who doesn’t not care if making America Great again means undermining the moral underpinnings the founders breathed into it. I’ve made an exception to him.

But not this year. I imagined a sculpture more about the political party, mine to be exact, that brought Donald Trump’s Presidency into being. I piled up the snow with one sculpture in mind and then changed my mind. I wanted something more like my Grinch that kids would get a kick out of and not reek so much of the politics that are roiling and perhaps imperiling America.

So, after changing my plans I had to figure out how to move snow again with the temperatures dropped too low for sticky snow. Fortunately, I’ve had thirty years to perfect my snow “cooking.” As the cold crept in a couple days ago I poured massive amounts of water on it to sit for the night and diffuse throughout to make it uniform sticky. This also required covering it with fresh unwatered snow to insulate it so it wouldn’t freeze. This process took the better part of Saturday afternoon. Early Sunday I dashed out before church to check to see if I’d managed it and found I had. One of my choir mates saw me on the way to church and rolled down his window to give me grief. He didn’t want to be left alone in the bass section. I still not think he believes my protestations that I was only out doing snow reconnaissance.

So, here is the visual spoiler. I took an evening to build a clay model while watching two episodes of the lastest season of the Crown. Its the best so far by the way. I’ll show you half of the sculpture for now if you don’t mind the spoiler. I’m only doing it because it appears I’ll be able to manage it after today’s addition of even more snow and some looming arctic temps. I may not hurry to complete it: Don’t look if you want to be surprised but I don’t mind showing it because two little girls walked up and guessed what the principals in my sculpture would be: 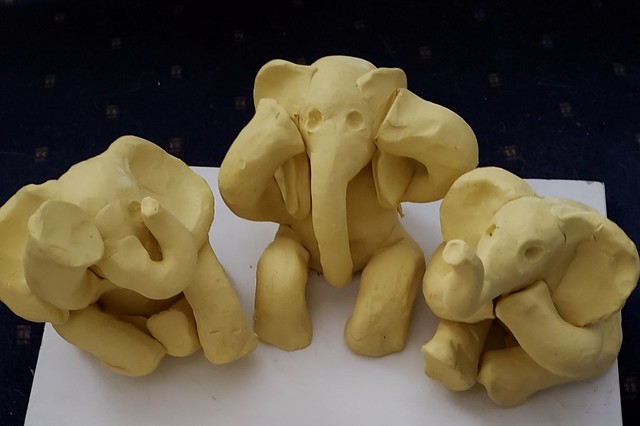 Here are my thoughts on the little fellow who wanted me to “Make Trump!”

I thought long and hard about a simpler time when our political parties were more benign. In 1960 John Kennedy was running against President Eisenhower’s VP Richard Nixon. I kept telling my neighbor Becky P that Nixon was going to win. My family was Republican. Her family was Democrat and she told me Kennedy would win. Losing took all of ten minutes for me to get over.

Today I’m worried for the the little Trumper and all other kids. He’s in Duluth, a liberal bastion. I can imagine him getting abused by his anti-Trump classmates. I know its happening. I also know anti-Trump kids are getting harassed in school too. Trump’s supporters are particularly vehement.

I keep thinking about the humorist Will Rogers and his motto. “I never met a man I didn’t like.” I know its a little too gender specific these days but so is the King James Bible and our own Constitution. I think all had children, both boys and girls in mind when first writ or spoken. Roger’s claim seems so remote from our current times.

I have no wish to make the kid on the bus sorry. However, I’m not willing to pull my punches sculpture-wise. Still, I’d like something a little less virulent than my blog pieces can be. I already know everyone is reeling from the politics of the moment. So my sculpture will try to skirt the sensibilities of kids while reminding their elders what’s at stake.

This is the top half of the sculpture in clay as I hope it looks when completed in snow:. I have a title for the bottom half yet to be completed. Perhaps you can intuit what it might be by knowing the total sculptures title: The Fourth Evil.

Now I have to go out and shovel the driveway again. We’ve got to get to the supermarket to by ingredients for this old fart’s birthday cake. I’ll be 69. That was both the year I graduated from High school and the draft number below which my class’s boys could be sure they’d be drafted for Vietnam if their birthdates were drawn before that. December 10, 1950, was draft number 41. I had a four year get out of the draft card. A 2-S college preferment. I’ve come to see that bit of legislation as perhaps the worst law my elders ever passed. It explains a lot about today’s politics 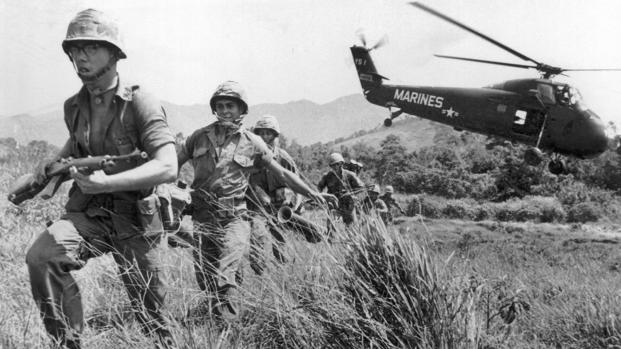