Minneapolitians were divided about the renaming of long-standing Lake Calhoun into Bde Maka Ska. I doubt that many Minnesotans even knew who John C. Calhoun was or why anyone would object to his name being affixed to one of Minneapolis’s many pretty lakes. The answer is spelled out in one one of the New York Times marvelous histories concerning 2019’s 400 anniversary of the beginning of slavery in the United States. When they are finished I hope they publish the collection as a book.

Here’s the villain himself: 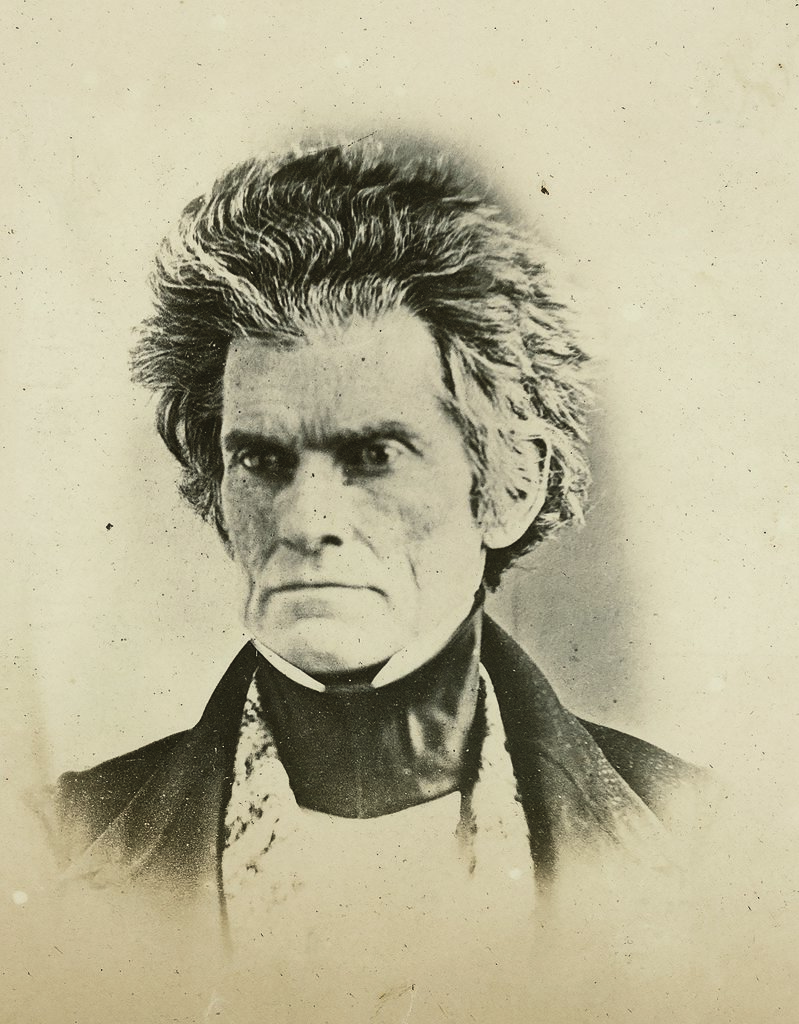 I’m intrigued that he looks every bit as grim as his polar political opposite John Brown whose Kansas State Capitol Mural I googled yesterday. That link is to a Christian Science Monitor story about the painter John Steurt Curry. 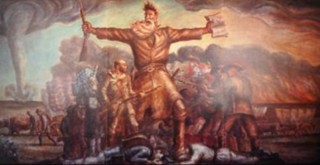 When my Mother was a girl the mural was being painted in the capitol building. Brown was “reaping the whirlwind” that John C. Calhoun had sown in poisoning the call to equality in the Declaration of Independence. Or to loosely paraphrase George Orwell. “All animals are equal but slaveholders are more equal than others.”

There is a reason this blog is called Lincolndemocrat. When I named it I was about to throw in the towel to the quasi-fascists that had taken over the GOP to fashion a new Jim Crow run by rural white Americans. The spirit of the Republican Party had been stripped from Abe Lincoln and handed to the architect of the anti-democratic South, John C. Calhoun.

I highly recommend this installment of the New York Times coverage of the 400th Anniversary of oppression against funny colored people by pink people:

What the Reactionary Politics of 2019 Owe to the Politics of Slavery https://www.nytimes.com/interactive/2019/08/14/magazine/republicans-racism-african-americans.html