For about ten years the City of Duluth has been sweeping up the winter sand it strews on the avenue to keep cars from sliding off the road or into the intersection. This year I waited a long time to see the little sweeper that brushes off the sand. It drove up the hill one day but never returned to sweep my sand. A week ago I sent emails to a couple of City departments asking which was responsible for clean up. One supervisor told me it was street maintenance’s department but I’ve never heard back from them not even when I sent them this picture after I picked out the leaves which I took to the yard compost facility on 27th Ave West. 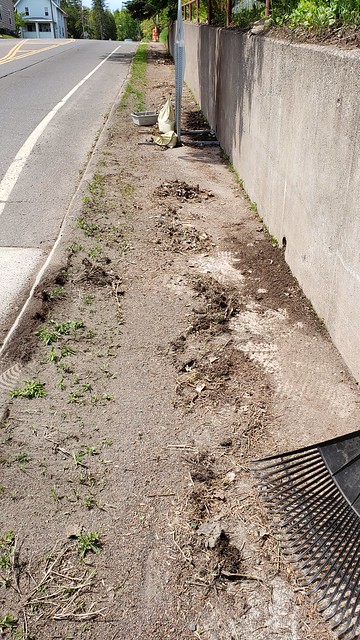 Over the week-end of nothing more than cold shoulder from street maintenance I began cleaning off the sidewalk. Today I called and left a message to the manager explaining that I had swept up the sand myself but telling him I hoped they would pick up the piles which I placed around a construction sign they behind. The sign was held down by a couple of 40 pound sand bags to keep it from blowing over. Comparing the bags with the two mounds of sand behind them I estimate that I swept up a thousand to 14 hundred pounds of sand. Imagine them along every half block of street artery in Duluth after the winter. The sand would probably do a good job plugging up our sewers. At least they aren’t cigarette filters. 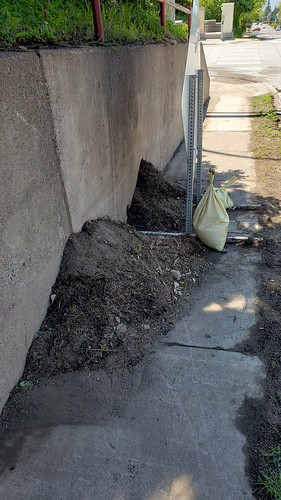