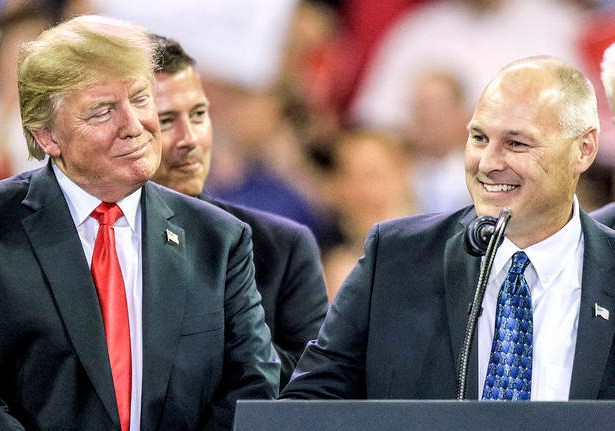 Pete told the Duluth News Tribune these wise words he picked up from Vice President Pence:

In recounting advice passed along to him from Vice President Mike Pence, he relayed the necessity of running a positive campaign.

“Don’t impugn the integrity of your opponent,” he said. “I think this country has had it with demonizing the loyal opposition and taking personal attacks. We are going to focus on the positives.”

Would that the mostly mute Vice President offer the man whose coattails he rode to the Vice Presidency the same advice – publicly:

Of Arianna Huff he tweeted: .@ariannahuff is unattractive both inside and out. I fully understand why her former husband left her for a man- he made a good decision.

Of Rosie O’Donnell he said:

“Rosie’s a person who’s very lucky to have her girlfriend. And she better be careful or I’ll send one of my friends over to pick up her girlfriend, why would she stay with Rosie if she had another choice?”

Of Senator McCain he said:

“He’s not a war hero. He’s a war hero because he was captured. I like people that weren’t captured.”

Of Senator Ted Cruz’s father he told Fox News: “His father was with Lee Harvey Oswald prior to Oswald’s being — you know, shot. I mean, the whole thing is ridiculous,” Trump said Tuesday during a phone interview with Fox News. “What is this, right prior to his being shot, and nobody even brings it up. They don’t even talk about that. That was reported, and nobody talks about it.”

Candidate Stauber, let me share some advice from Jesus of Nazareth before you get too comfortable with President Trump: