VOTE TO RESTORE THE LEGACY OF ABRAHAM LINCOLN 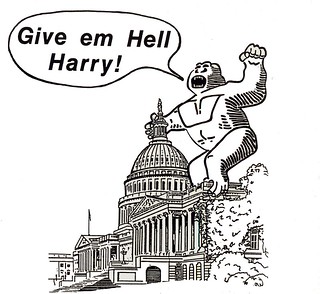 This is the inspiration for this logo

This video was shot at WCCO’s request.

I will keep this introductory post near the top of my blog through the primary. As the campaign hums along I’ll recommend favorite posts to give you quick access to relevant questions concerning my candidacy. First up. Why should voters take my Don Quixote-like campaign seriously and how serious am I? Start here.

ON DONATIONS
If I am elected I will have accomplished my victory with an extremely small treasury. I hope you are not one of those folks who only contribute to sure bets like Political Actions Committees do. A contribution to my campaign will be going to a plain talker the greatest possible threat to Donald Trump. And if I am elected I’ll be part of a small group of centrists who will push the Congress in sensible, non partisan directions. Admit it to yourself. A small donation to an honest candidate will make you feel good win lose or draw.

Google my name to see what pops up. I’ve been a very busy fellow for a very long time: Harry Welty Duluth School Board, Harry Welty snow sculptor

or click any of the subjects on the right hand column or below this blog on your cell phone.

I created my first website in 1999 and began to blog on it before the word came into use to tell people what has happening with Duluth’s Schools. I was serving on the School Board at the time. Its an ancient old thing and I have recently lost the ability to add to it for technical reasons I’m too lazy to figure out. This blog is eleven years old. I began it in 2006 for another campaign for Congress. I once calculated that I’d already written several million words worth of opinions here. I take responsibility for every single one of them. I never raise my finger to see which way the wind is blowing.

In coming days I will write several posts on individual issues of importance where Donald Trump has his head up where the sun don’t shine and has the company of many Stauber-like congressional camp followers.