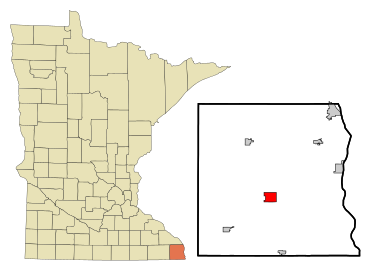 After a day spent far away from Donald Trump’s ego boosting rally at the arena (that one insider gives me credit for talking Duluth into voting for) I woke thinking about something unifying and faithful to the Minnesota I moved to in the Era of Hubert Humphrey. You might have heard of him. In 1948 he helped drive the Dixiecrats out of the Democratic Party at his party’s national convention. He had the temerity to cry out for an end to “state’s rights” and new future of Civil Rights:

I woke trying to recall the names of the young Minnesota brothers who walked around the world not long after I moved to Minnesota. Thank goodness for Wikipedia. Their entry is short.

They were the Kunst Brothers. I don’t know when I’ve seen a remembrance of them in a newspaper – maybe not for thirty years. However, when David and his brother John set out from tiny Caledonia, Minnesota in Minnesota’s southwestern corner of Minnesota (see map above) in 1970 with a mule they called “Willie Makeit” in the middle of the Vietnam War to walk around the world they caught a lot of attention. That only doubled when they got halfway around Earth to Afghanistan and John was murdered by mountain bandits. After four months recovering from the gunshot to his chest Dave continued his trek with a third brother Pete from the spot in Afghanistan where they were ambushed. John ended his trip solo in October 1974 a few weeks after I’d married and moved to Duluth, after Richard Nixon’s helicopter flight out of the Presidency and half a year before the end of America’s debacle in Vietnam.

Remembering this small shard of history when a couple young American’s went out in search of the world rather than trek to an Arena in Duluth to hear a man preen before an audience of folks who follow him like pimple faced kids at a professional wrestling match was a reminder that greatness is not measured in mouth. It is measured in deed.