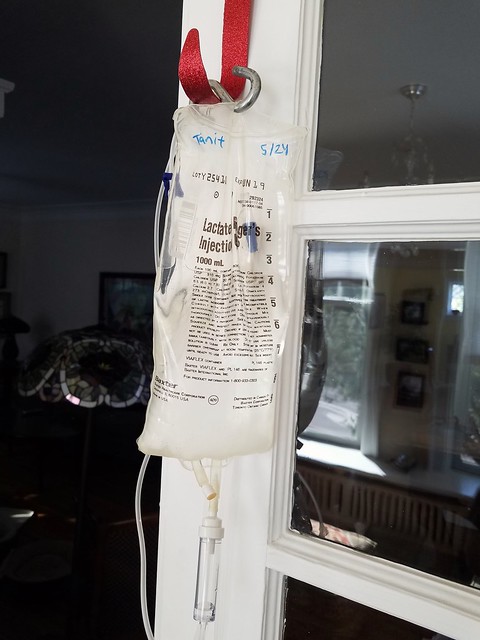 For a hypodermic shy fellow I was proud that I managed to begin the first of several daily injections of 100 cc’s of saline solution into my sick cat Tanit yesterday.

She was first mentioned in this blog a dozen years ago at the blogs birth when I was planning my second campaign for Congress in 2006.

I’ve had a Dickens of a time with those early posts. For some reason when I revisit them I find them littered with a letter I occasionally run across in French. It is an A with a circumflex over it – Â. It was the result of some glitch in blogging years ago but it seems to reoccur. In these old posts it seems to occur whenever I pressed the space key an extra time or more. A few years ago I spent a week cleaning up some of these old posts but I’m becoming resigned to them. Here’s a sample paragraph with the damned Â’s:

That first Tanit post mentioned the woman who discovered that Claudia and I might be in the market for a new cat. She died not long ago and evidently made her prediction come true. She had found the kitten Tanit in the woods behind her house with a choking blue kitten collar around her neck. She theorized that Tanit had wandered away from some UMD coed’s apartment. Her prediction was that she wouldn’t outlast Tanit and wanted to find someone else who could make sure she was not once again abandoned.

This lady was a sometimes fan of my politics and told me a story I found quite telling about one of my school board colleagues who has never forgiven me for thinking differently than she did. The story, however, pails with the strange story about our kitten benefactor which made reality television sometime later. It would be in poor taste for me to mention it so soon after her passing. It can be a writer’s curse to let decency interfere with story telling.

I’m not sure how long Tanit will be with us. Kidney problems for cats are not unusual and it remains to be seen if Tanit’s stem from a curable temporary infection or are the result of a permanent malfunction. It happened to Tanit’s predecessor suddenly the morning that Claudia and I drove to the Cities to take a flight to Denmark. There have been a few tears shed on this occasion as well. Those of my wife shed for Tanit and some of mine for Claudia. Sorry, but the threat of a pet’s death doesn’t get to me as much as an episode of “Call the Midwives.”

Although I cried buckets (and was irritated at myself for doing so) when I took our first cat Vesuvius to be put down in my arms by a vet when she was failing. And she was such an unsocial cat. Most people were afraid of her.