I encourage you to help fund John Ramos who (as of this posting)is one hundred dollars short of his goal of $3600 which he is asking for to continue reporting in the Duluth Reader. And furthermore – if he’s already crossed that border I’d suggest you donate anyway.

Lending weight to this plea is this story from Florida of a man who finds himself taking his city to the Supreme Court over their Loren Martell moment.

“Last night the board passed a largely empty but right-minded policy to thwart bullying in the schools. Whoopee! Kids will get to watch a video! Maybe the Board should watch it. Just before that Chair Grover shut of[f] the microphone of a speaker who had not yet used up his allotted three minutes and had Duluth police put him in handcuffs and removed from the School Board meeting…”

Loren wasn’t actually hauled to jail but my long standing beef with the editors of the Trib still stands. They are too cozy with the ruling powers of this city. Heck, their neo-con owners failed to warn against dictator wannabe Donald Trump in their 2016 endorsements. And when it came time to defend a vocal politician’s speech the Trib’s editors could only ask Art Johnston to resign and stop bothering the Board majority when the administration conspired to ruin Art’s reputation with vile accusations. Our defenders of the First Amendment took a siesta. 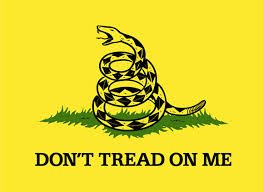 If I am at war with anything it is milquetoast moderates who believe civility is the equivalent of good government. Hell no. Sometimes you do need to wave the “Don’t tread on me flag.” Sadly that flag has been claimed by waaay too many members of what Teddy Roosevelt called the “lunitic Fringe.”

I don’t agree with Mr. Ramos on everything. He’s reported the greased wheels behind the development of a kayak center in Western Duluth but I’m inclined to agree with the city councilors who made this recent case for funding it.

On the other hand no one but John reported the behind the scenes efforts to assure the plan’s passage. Neither will you find behind the scenes explanations of what’s going on in the Duluth Schools than from Loren Martel, if he chooses to continue reporting in the Reader, or me here on the blog. (by the way the Board’s new legislative platform calls for the demolition of Central High – you read it here first.)

Here is a little more transparency. Bob Boone is not thrilled by Mr. Ramos’s Go fund me site and John is not thrilled by the modest payments that Mr. Boone is able to offer him. Bob worries that his other writers might follow John’s example. I doubt that this will happen but can understand his concern. Even so I plunked a modest $100 into the fund myself. Its a fraction of the modest wages that the Trib pays its reporters who scrupulously refrain from commenting as openly about what they consider to be the ridiculous things elected officials say and do unlike John.

I hope Boone and Ramos set their differences aside. I hope Loren returns to his reporting. I have no say over either situation.

I can however direct you to Art Johnston’s trashing of the local DFL. A friend sent me this link to it in the Zenith News, yet another alternative publication. My friend thought Art sounded bitter. I agree and yet I enjoyed his mostly accurate evaluation of how the DFL runs Duluth.

As for my own writing. I’d love to be compensated. It would give me the illusion of writing something worthwhile but I don’t need it and don’t plan any Go fund me campaigns. If nothing else in the Age of Trump writing helps me keep my sanity.

As for one of the “former” education reporters at the Trib. I notice that once again today she has a piece on the local schools although not the school board. And about arming teachers……I unconditionally agree with the teachers. Donald Trump’s talk of arming them is asinine. Its a complete surrender to panic. American public schools….the next Guantanamo Prison.