I found myself surrounded by seven white gowned nurses at the Memorial Blood Bank this morning while I was the sole donor. It made my 95th donation special. I agreed to let a newbie do the honors for practice. Her name was Mary Ann so I started serenading her with the old Harry Belefonte song similarly named while she swabbed my arm with iodine. She told me her friend’s Dad always sang that to her.

A more seasoned white coat said “Hello Harry” and asked why I wasn’t singing. (She’d been gone when I struck up my Caribbean tune) So, I sang a verse of the old Hank William’s song “Its a good day.” Then I improvised a quick line. “Its a good day for taking a draw. Its a good day, you won’t need a straw.”

Twice I was asked by different nurses what I had done so far and what I was going to do with the rest of the day. I guess that’s how they keep donors calm. For my first sixty pints that was a good strategy but, although I always tell them I’m a wimp, its no longer hard to drive up to my bloodletting.

I’d already told them how my day began with some photos of the lunar eclipse. 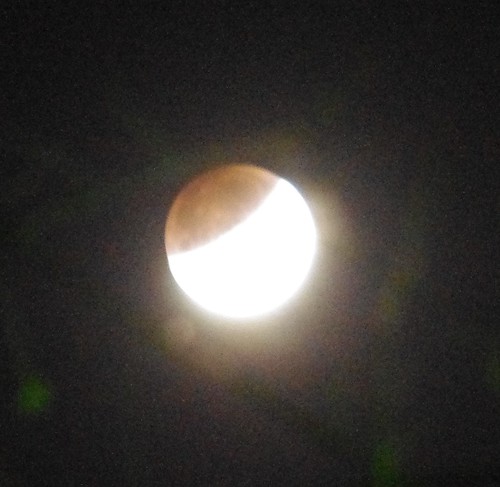 So, I told them what I’d planned.

1. Turning in a campaign finance report (I’m doubt they had the faintest idea what that meant. I’ll turn it in tomorrow fingers crossed, a day late.)

2. Doing some writing (This is it)

3. Study French on my cell phone. (I spent two hours on it and I’m suddenly getting the hang of it. A month ago my plan was to try to spend half an hour a day though to summer)

4. Reading some history (I’ve come to the last 100 pages of the book Fierce Patriot that I bought last week in Arizona. Yesterday it was something I riffed on as I typed up my next column for the Duluth Reader. I turned it in two hours past the deadline so I don’t know if it will get published.)

5. Avoid all the strenuous activities they always tell me to avoid. (Then I spent an hour shoveling compacted snow off my driveway and sidewalk)

6. …and best of all. Spend the night with my grandsons. We missed them all last week while away and hope we will still be able to recognize them when we pick them up to stay the night with us.