Fumes…But even fumes are explosive.

Yesterday I put in five hours and 15 minutes of step climbing, door-to-door lit dropping – 29,000 steps on my pedometer despite an iffy left foot. I must have passed out 700 pieces. I was grateful near the end that I hadn’t fallen in the slush, although I had one close call, and that I wasn’t “suffering” near the end.

I’m working the East hillside which I once represented as a Second District School Board rep. My eastern end of that district contained Congdon so it ran the gamut of rich to poor.

Back when I was putting in 30,000 steps a day passing out literature I started with the neighborhoods with much larger yards planning on ending my door knocking in the closer packed inner city neighborhoods. I now think I’ll end up passing out 13,000 lit pieces. I ordered 20,000 snow sculpture trading cards and others are also passing those out. I’ve held a few decks in reserve for the rare folks who actually ordered one. (Like I said one day they will be worth a mint on Ebay. Yesterday I got an anguished letter hoping I still had some left and putting in an order for two decks) Our flyer went out to 27,000 households skipping my 55812 and the East Hillside’s 55805 Zip Codes. We just didn’t raise enough to cover the whole school district which is likely about 33,000 doors. Not surprisingly, I’m finishing up 55805 which I only began door knocking on a few days back. I’d already finished most of my 55812. 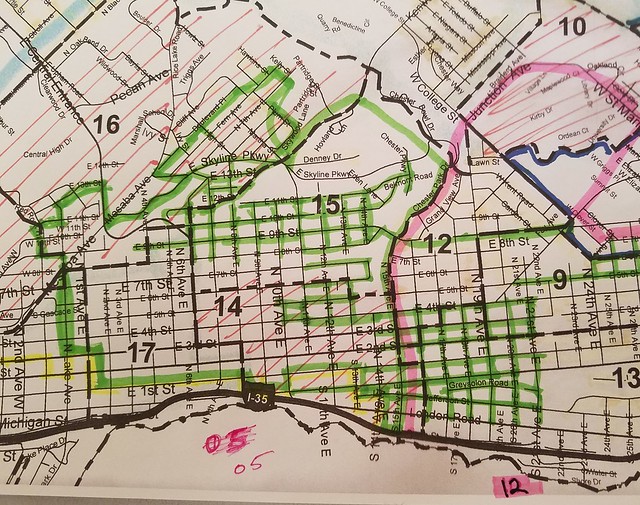 Grandsons came over last night as I recuperated and I consumed a steak dinner while we all watched Antboy 3. Daylight savings gave me an extra hour of sleep and I took full advantage of it. Even so I woke in the dark and had enough fumes to go out and build a very modest snow sculpture. I was tempted to sully it with lawnsigns but decided that I simply wanted to honor the vote – all votes of all peoples for all candidates. 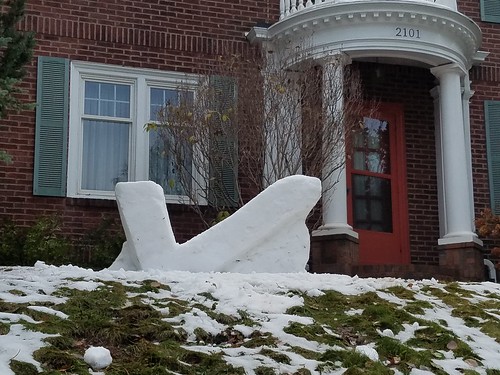 More door knocking this afternoon and tomorrow. I expect to sit in a stupor most of Tuesday.