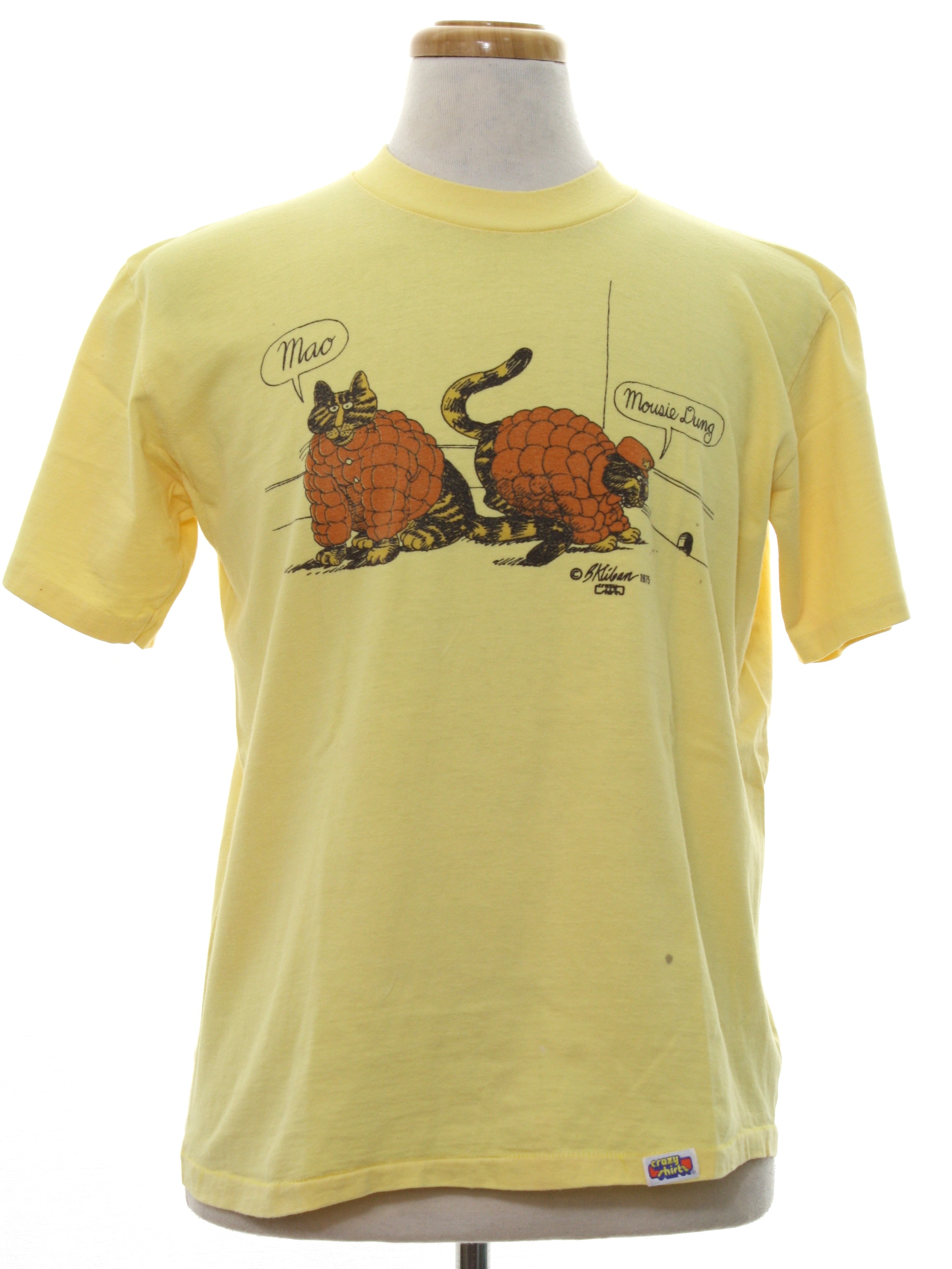 My Mother gave me one of these t-shirts back in the 70’s. Now I’m reading two books out-loud to Claudia that I’ve had for years, in one case two decades, about the man who’s name inspired this pun – Mao Tse Tung.

The older book I found in a used book shop. It was published when I was nine years old in 1959. That was ten years after Mao drove out the Nationalists leading to cries in America of, “who lost China?” and two years before Mao’s agricultural revolution starved twenty to forty million Chinese to death. It was possible then to imagine Mao as a benign nationalist which seems to be the point of author Siao Yu in his reminiscence When Mao an I were Beggars.

The other book was initially lauded as the first authoritative tell-all of Mao’s depredations. Later commentators cautioned that its author, Jung Chang, went overboard blaming every Chinese catastrophe solely on Mao. She’s a great writer. I read her family history Wild Swans to Claudia a couple years ago. She knows China well.

I’m half way through the gentle tale of a month in Mao’s life living as a beggar with the older Siao Yu with whom he had a teacher/student relationship. Written over forty years after their 1917 experiment in poverty, Siao Yu does his best to portray the young Mao as an inquisitive but dogmatic companion on the brusque side. The writing is a little pokey and I’ve taken to alternating a chapter of this book with Jung Chang’s history of Mao.

The latter book is a 600 page monster and so far I’m only up to the early years of Chinese Communism. Its interesting to see the scheming authoritarian emerge from the truculent young nationalist that Mao started off as. Mao’s begging took place in 1917 the year my Grandfather Robb was fighting in France. Mao, the communist war lord, was gadding about Yunnan Province with an army of 3,000 in 1928 when my Mother was born.

As for me, I was trying to defend the Chinese “Cultural Revolution” to my gymnastics coach in 1966 while waiting for a bus to take me back to North Mankato, Minnesota. That was seven years after the Begging book and about the time that its author Yu, broke with his old begging buddy.

Today Mao’s posters live on. In six weeks I will see his hanging over Tienanmen Square, a tribute from a Party that has otherwise distanced itself from his legacy of keeping China backward and stupid. It seems that its America’s turn to emulate that failed legacy.