Donald Trump reads no books. His history is heavy with whatever lessons he learned at someone’s knees about the America First Committee which had no appetite for confronting Nazi Germany.

His minions have raised the example of the internment of Japanese American Citizens in World War II as an example of how we might deal with Muslims in America.

As reported here a couple hours ago I know of one Medal of Honor recipient who would roll over in his grave at Salina, Kansas’ Gypsum Hill Cemetery if he heard that. Maybe we can send the Gold Star Kahns to one and shut them up.

Here’s the Blue Star flag my Grandfather’s parents put up when he went off to fight in the Great War. 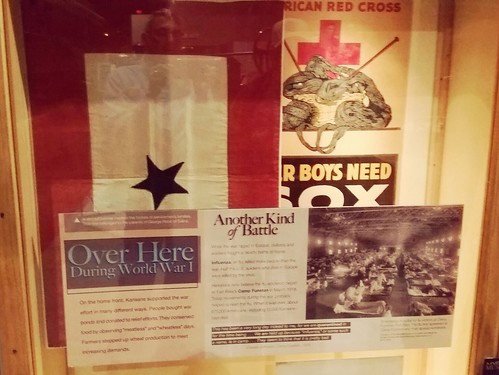 And here’s my grandfather’s helmet which hung in his entryway from the garage for the last ten years of his life. Now its in an exhibit in the Kansas State Historical Society where others can gawk at the bullet entry and exit holes and marvel that George Robb came home to tell the tale. 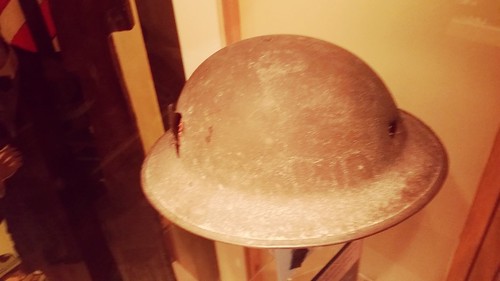