Not that driving my Mother’s Earthly remains to Mankato, Minnesota, to lay them beside those of my Father was a vacation but after five day’s of silence I have a lot I’d like to write about. The trip to Mankato is first among them but that is not what will interest most of my eight loyal readers. (I see this morning that I’ve crossed the 4,000 visitor mark for March. That is a monthly unique visitor total I haven’t achieved since the 2013 election)

The 500 folks per day who visited during my silence were most likely showed up to read updated MAJ posts. They will come. They really will, but I’ve got other things to do. Yesterday I spent four hours with Claudia painting a Sunday school room at Glen Avon Church. Its in a room that my church asked me to paint a mural in many years ago. I painted a desert scene from a red tent which was a popular book from that Era). BTW – when I painted it I had no idea what the import of the Red Tent was. It turns out that its not exactly what I think of as Sunday School material. 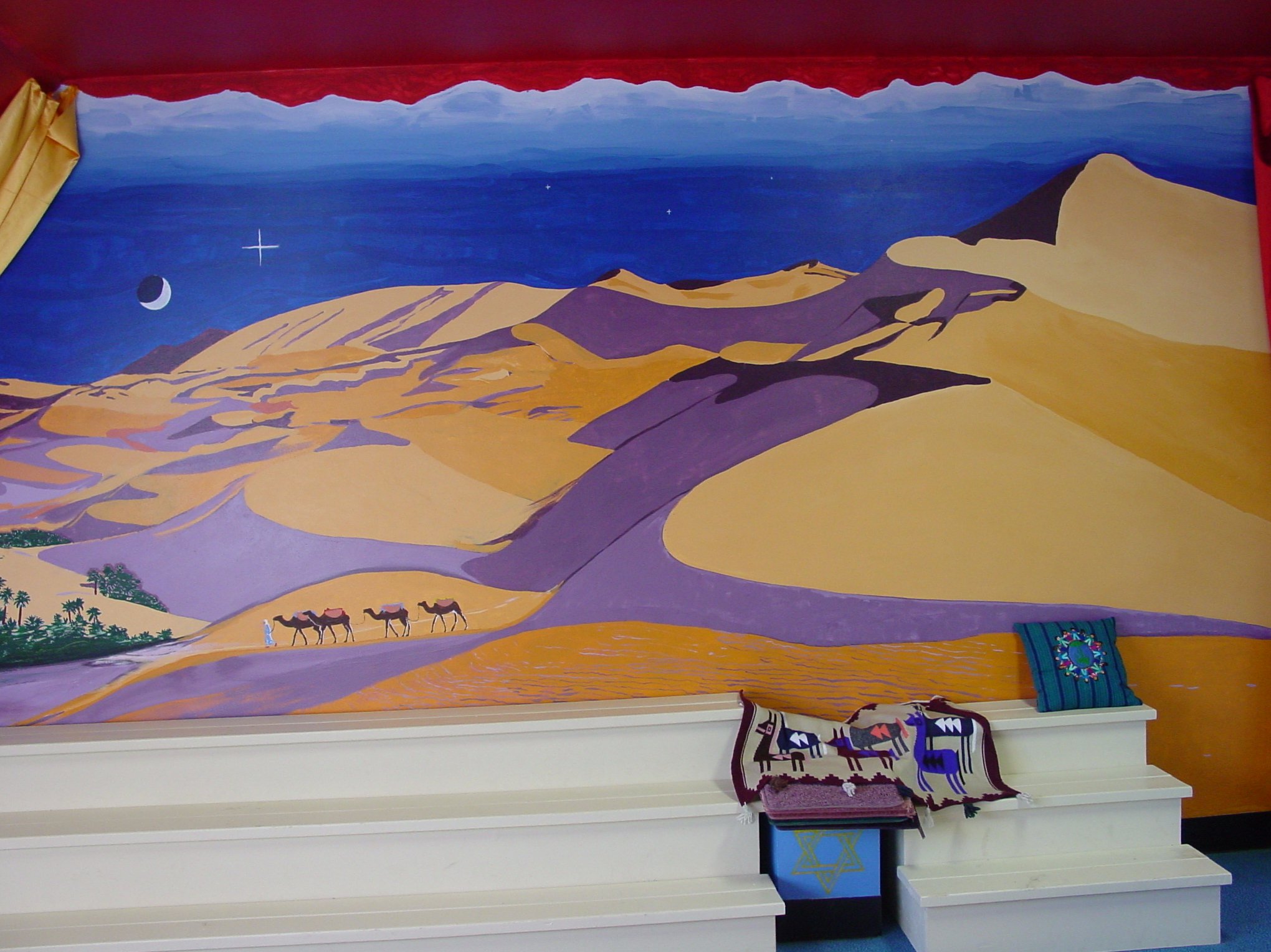 From the side wall: 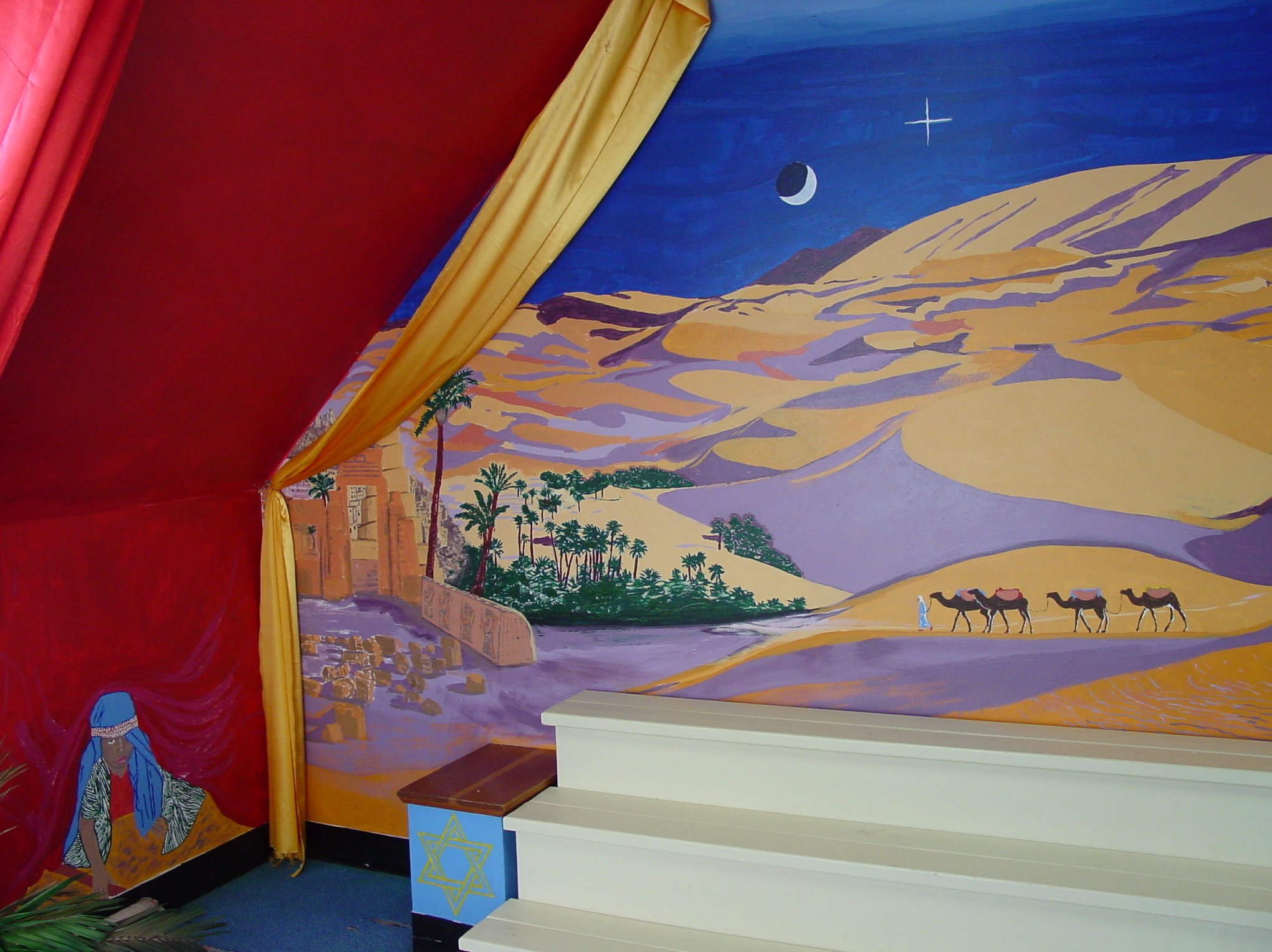 We didn’t paint over the mural just the rest of the wall that needed a fresh coat. The wooden risers have since been removed. Claudia tells me they were too precarious for the kids so the mural stretches again to the floor.

Last night I attended one of the first “Think Kid’s” meetings with a paltry 24 parents in attendance at the active parent school Congdon. Today I woke to discover that Superintendent Gronseth is a finalist for a position in Prior Lake. Golly, Such a lot to take in and opine about. Oh yeah, and Loren Martell quoted me in his Friday column that I missed when I drove down to Mankato.

So I’ve got MAJ, Martell, Mankato, Makeup posts and much much more ahead of me. That’s a lot even for a bloviator like me.