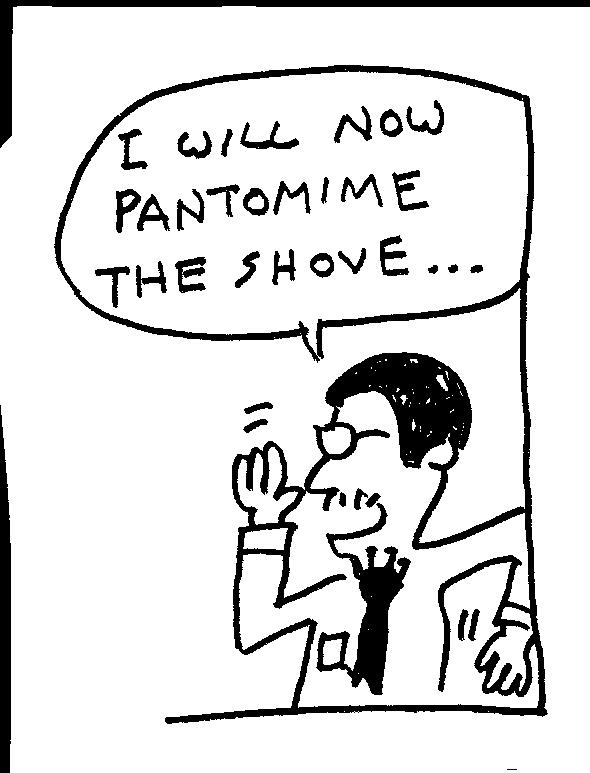 I can’t think of a better or more appropriate way to start my blog in 2015 than with the first newspaper cartoon ever attempted of me in my long political career. Richard Thomas is not only an excellent reporter but a pretty good hand at cartooning. That’s the only newspaper job that ever appealed to me. You can see the four panel cartoon Richard drew with me in it here. He now works for the Budgeteer. He’s an excellent addition to the staff.

Richard had already lampooned the Board in December. I expect we will keep him busy this year.

The only work I allowed myself to do during my failed peace keeping efforts had to do with settling my Mother’s estate. Otherwise I spent time with my family but suffered through a great many poor night’s sleep with the School Board’s follies preying on my mind.

I came home on the night I waltzed around the School Board room and told Claudia it was the most distressing day of my public career. In fact in no other front page story through the last twenty years was I ever left feeling stupid as I did on this day. I don’t make New Years resolutions. Instead I try to live by the relatively few resolves I carry with me day to day. For the coming year, however, I am resolved not to make an ass of myself again. Too much is at stake.

I’ll be starting a new webpage to defend Art Johnston and more importantly the sanctity of our vote. It was bad enough for the School Board to deny us what should have been a routine vote on the Red Plan. It is quite another to heap manure on the voters who elected Art knowing full well who their representative was and how much bad press he got from the editors of the News Tribune and the folks who don’t like being reminded how they misled us about the true cost of the Red Plan.

I have a lot to do this year after just three days. Tonight I made up a list of twenty things that need my immediate attention. This is only the second political task on the list I’ve gotten to. The other that I completed was a letter to one of the folks who abused Art and me at the last School Board meeting. I deserved the abuse but it was a cordial letter on my part. I wrote it to explain the other side that every controversy has and make myself feel a little less of an ass.

Last year I bit my tongue (on my blog) so much I’m surprised I can still talk. This year I will be far more forthcoming. December saw me with over 3,500 visitors the most of any month this year but a small fraction of the previous year’s top months. 2013 was an election year, as this one will be, with no end of things I wanted to write about. In August of 2013 I had over 7,000 “unique” visitors. It would be fun to top that.
I’ll have my work cut out for me spelling out the travesty at play in Art Johnston’s character assassination. I’ll set up a website to help him raise the tens of thousands of dollars he will need to defend himself and the votes of the citizens who reelected him. He’ll probably need that much in the next three or four months just get him to the hearing that our school board majority was told would take place in January. Not bloody likely. Art tells me that he’s up to five lawyers who are all aiming for the Supreme Court.

Just one more thing before I end this post with so much more to add. On New Years Eve Claudia and I spent a quite night home alone. We searched in vain for something new to watch that caught our interest. I reluctantly suggested the controversial and colossally juvenile movie “The Interview.” That’s the one that North Korea reportedly hacked from the Sony Corp’s computers leading Sony to ditch until a public outcry changed their minds.

BTW – If any movie producer out there would like a script for a school board parody I’d be happy to make time to write it.