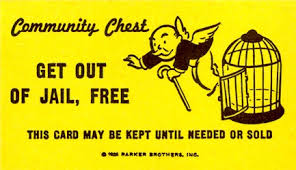 As the friend who emailed this to me said, “I guess the battle is over.” The scrappy little Timberjay was on the verge of getting a peek at how JCI went about its business with the St. Louis County Schools.

The Timberjay has asked for public data on the JCI work done on the St. Louis County Schools and took their case to the Minnesota Supreme Court. They seemed poised to get it when the Court ruled that it was indeed public. But then the Supreme Court pulled the rug out from under the public with this ruling that JCI didn’t have to disclose the public data:

â€œThe government is required to provide clear notice in contracts for the performance of a government function that a private business performing such a function is subject to the requirements of the Data Practices Act and that the businesses must comply with those requirements as if it were a government entity,â€ Chief Justice Lorie Gildea stated in the ruling. Because the school district did not provide such notice, Gildea continued, JCI was not required to release the materials.

In my email of condolance I wrote:

So the District was supposed to quote the statute in the contract for the statute to apply? Brings new meaning to the old adage “ignorance is bliss.”

I’m guessing that Duluth is SOL too because I doubt we included that notice in our contract. Who was that notice supposed to protect? The taxpayers or the vendor JCI?

JCI has earned plenty of public dollars to insulate them in the courts from the taxpayers who forked the money over. They have claimed that their data is “proprietory” information or their own secret formula for success that they must keep secret from their competitors. To me this is like saying lying through your teeth to the customer or fraud are proprietary secrets. Our jails are full of people who would love to be able to make a similar claim.

If I had known this and attended the “Delegate Assembly” of the Minnesota Schools Association I would have offered a proposal to encourage all School Districts to include the new Supreme Court mandated language to assure that contractors could not hide public data in a contract.

As Mike Miernicki pointed out to me in a recent conversation no contractors would willingly disclose how much profit they earned from a public works project. However most public works projects, unlike the Red Plan, got their start in a competitive public bidding process to assure a fair price. That was not the case with the Red Plan and now it seems the state Supreme Court has placed one more obstacle in our way from getting any kind of accounting from JCI.