I’m still practicing French and then I’ll probably start reading the best history of the bloodiest battle in American Military History the Meuse Argonne. Its the battle that led to my Grandfather’s receiving the Medal of Honor. Last night I rewatched the masterful summary of World War I on PBS. So, I’m in no rush to finish my story about my brush with Democratic thugs.

However I did take a peek into files I haven’t looked into for at least thirty years of my early days as a Republican. I had long forgotten this letter giving me some Republican bonifides: 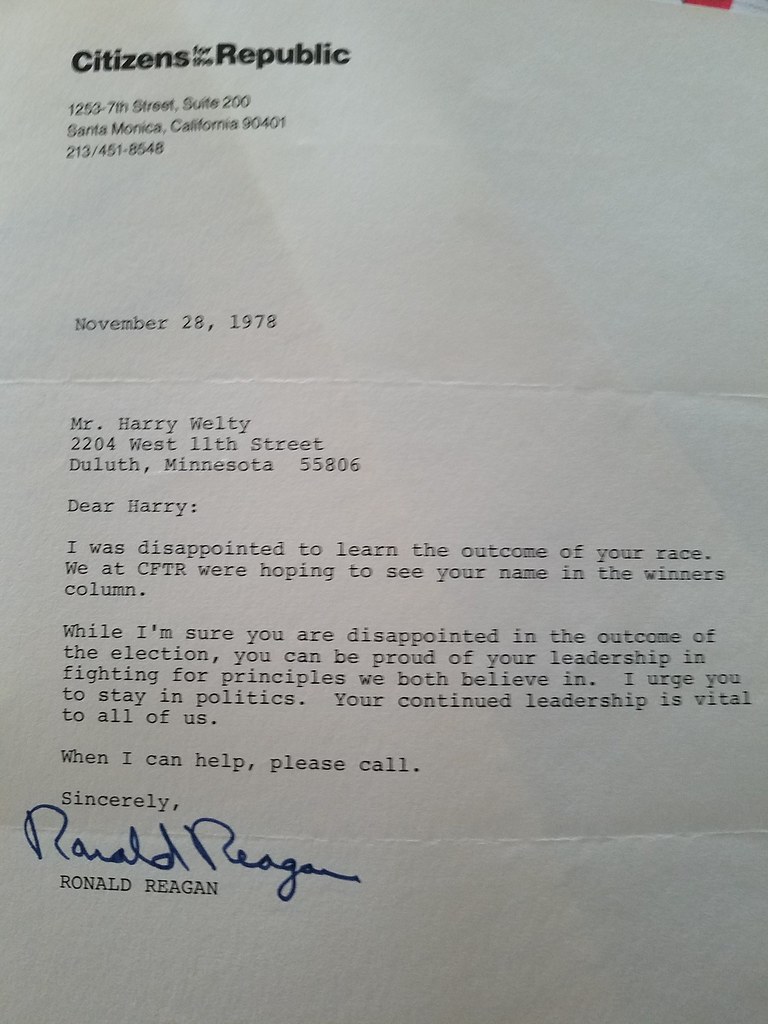 Prepared and Paid for by Harry Welty:

In 1972 I was all over the political map. I turned up my nose at a job with “CREEP,” Richard Nixon’s reelection Committee. I proudly voted for George McGovern a Democrat for President. I worked for the summer with the Minnesota College Republicans to elect legislators. I helped an independent David Commiskey who planned to caucus with Democrats if he was elected to the legislature – he was. I took up the challenge of debating McGovern supporters in front of what I thought would be a very hostile college crowd at the Mankato Student Union and I saved a Republican State Senator candidate from a narrow defeat. In other words I was as independent in 1972 as I am today. And it was the last of these actions that sent a couple of self important DFL operatives to get in my face.

I’ll be back to finish this later today. Maybe after taking my grandsons to the latest Jurasic Park movie since we Duluth’s fireworks have been canceled……..

AS PROMISED BUT A DAY LATE, MY STORY;

In 1972 I was fully committed to being a Republican even though I had no intention of blindly voting for one political party as my Grandfather had done from after the Great War to the lecture he gave me about the biggest mistake of his life – casting a vote for democrat Woodrow Wilson.

In 1964 my parents both voted for Lyndon Baines Johnson over my Grandfather’s idol Barry Goldwater. It damn near broke my Grandfather’s heart to learn his daughter had joined her Wendell Willkie loving husband to vote Democratic.

1972 was a seminal year. Richard Nixon would pull out all the stops to win the election which would give him the greatest electoral victory in US history and leave a trail of broken laws and lies that would make him the first President ever forced out of office. It was one of the last years where being a Democrat or a Republican didn’t seem to make that much difference to most Americans. It was also the first year that 18-year-olds could exercise the right to vote following the passage of the 26th amendment.

College campuses across the nation were hostile places for Republicans. That’s the major reason the contrarian in me took hold turning me into a Republican. (As well as the reason I had no difficulty as a Republican voting for superior Democratic candidates) I had been particularly outraged the year before as a summer intern in Washington D.C.. I heard about how shabbily my fellow collegiate interns had treated Senator Barry Goldwater when he spoke before them about the American politics.

I didn’t agree with the Senator so I skipped the presentation. But there is a big difference between listening to someone you disagree with and heckling them. I deeply resented this behavior and it probably was the seed leading to my eventual entry into the Republican party the following year.

Because of the 26th Amendment millions of college kids would be able to cast their votes in 1972. As students away from home college kids had the choice of casting a vote in their hometown or their college town. Some Republicans were afraid they would cast votes both at home and in college. It was a preview of Republicans paranoia to come and truth be told the registration laws were lax. For the first time there would be same day registration requiring “proof” of residency. All it took to vote was having a local registered voter vouch for the wannabe voter. In 1972 some locally registered voters escorted chins of new college voters to the polls and vouched for them with no paperwork to back it up. At the time I didn’t think double votes were being cast but it is easy to see how the system could have been badly compromised. Republican legislators in college areas were particularly spooked by getting steamrolled by anti-war college kids who they expected would vote for a straight Democratic tickets to teach Richard Nixon a lesson.

As a wobbly new Republican in 1972 I was afraid of this too . And, while I was busy supporting McGovern and an Independent candidate, Dave Commiskey, I was also working for another Republican candidate, the Mayor of North Mankato, Arnulf Ueland. Arnie was running for the State Senate.

Mr. Ueland counted on the Republicans to get him elected but there were thousands of new college voters in Mankato who didn’t know him from Adam. And these students on the college phone system weren’t being polled by the local party phone banks which had already detected that Ueland and banker Dan Coughlin were neck and neck. A few days before the election I wrote a letter and printed a thousand copies supporting Ueland at my own expense and passed theom around Mankato State. This is what it wrote:

“If you will be voting here in Mankato consider the following.

I recommend you vote for Arnulf Ueland for the state senate.

Why not Dan Coughlin?

Dan has declared himself to be an independent, not a Cummiskey independent who will caucus the DFL but one who will not caucus with anybody. Even a second rate political science major will tell you that a Senator who refuses to play ball or even catch with either the Democrats or Republicans won’t get those choice committee assignments; Instead he’ll pick up something more like the pensions and retirement committee.

Unlike the Daily Reporter, the Mankato Free Press went into greater detail about the candidates as well as their lack lustre campaigns. It, unlike the Reporter, concluded that Ueland would be the better Senator.

My personal judgement would be that as Mayor of one of the best operated cities in the state, North Mankato, Ueland could do a lot to help local municipalities in the state. Furthermore, while both men could be fine representatives in Mankato State College’s behalf I don’t want a Senator who would be ignored by the other 70 members of the State Senate

Prepared and paid for by Harry Welty.”

Arne Ueland won by a small margin. I have little doubt that my contribution made the difference. Not long afterwards a college democrat who had worked on Coughlin’s “independent” campaign accosted me in the Student Union and told me that Dan Coughlin and his crowd had strongly considered taking me to court. I was a little astounded that the kid felt the need to tell me this. As a threat it was pretty limp. All I had done was exercise my First Amendment rights and put my name on my opinions. Although the threat was laughable I doubt that I would have yucked it up had I been forced to hire an attorney. Of course, that’s just the sort of thing Donald Trump does all the time. He has his parasitic attorneys call the people cheated by Trump to curse them and threaten their ruination.

The kid who had threatened me was like lots of college kids I’ve seen over the years. He was enamored with the power of politics more than the ideals behind them although those “ideals” are then used to justify winning at any cost.
Such soulless political operatives overrun the Republican Party. Their practitioners often become soulless candidates themselves. Ironically Donald Trump’s utter crushing of the Republican establishment in 2016 prove just how devoid of content its traditional candidates had become. The parasites all rushed over to campaign for Trump’s poorly articulated and contradictory half truths while abandoning the old and stale bedrock Republican ideas.

I believe that most of Trump’s supporter’s know all this. They know that their man has been in court 1,300 times, lies through his teeth, is a bully and a cheat and has refused to share his tax returns for inspection. Of course, its also true that I want to believe this.

Whatever else my fervent if perfunctory campaign is I believe it to be a necessary ingredient for saving America from an arrogant ditz. 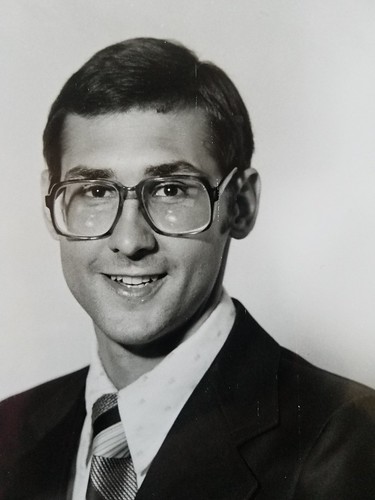