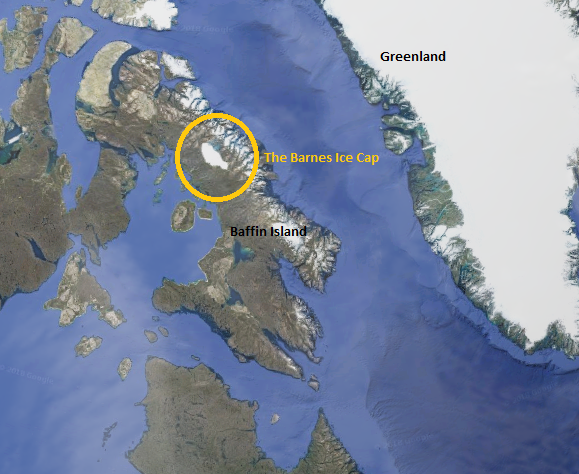 I was going to use a different title for this as my previous post suggested. It was to be “Read this you climate denying numnuts“. But “Glaciers!” is better because it reminds me of a family story.

This post was prompted by a story in the DNT a couple days ago but couldn’t find it on their website. But this will do. This news article stuck a cord in me.

When my children were little I developed a reputation for tiresome pedantry. (endless and boring explanations) Rather than getting all bent out of shape over my reputation I put it to good advantage with my nephews. One day I tried putting them to bed with the story of “Mr. Boring.” Mr.Boring talked about glaciers. He spoke slowly with big words and his super power was putting people to sleep. For a year or two afterward my nephews wanted me to tell them more Mr. Boring stories.

The starting point for original boring story were our Great Lakes which even now are full of the water that melted 10,000 years ago from the glaciers which covered half of the United States and all of Canada. A mere 10,000 years of rainfall has not been enough time to flush and replace the snow and ice that had accumulated over millions of years in the lake basins gouged out by the glaciers. And even now, 10,000 years later the ground beneath our feet is still upwelling like a cushion freed from our butts after we stand up.

But I’m not sure I ever considered that the original glacier was still in existence. A tiny remnant still exists covering one of Canada’s arctic islands. But it won’t be there for long. It survived two and a half million years but will be gone in a couple hundred more. As the story says our climate is warmer than when the mile thick North American glaciers began melting. This new climate is also turned its attention on Greenland and Antarctica as it hasn’t since our earliest ancestors stood up on the steppes of Africa.

To me the tribulations of a man who never expected to be President but only wanted to build his brand and his billions while blaming his expected defeat on election fraud are just piffle compared to what ten billions of humans will do to the Earth.
Panicking Republicans are manufacturing new crises to stave off the assault on their President’s. OMG -Minnesota has an Israel-bashing Muslim congresswomen !!! AOC has a Green New Deal!!! And don’t forget Socialism! or Impeachment!. Maybe they should have thought about that more when they tried to impeach Bill over mostly consensual sex.

Meanwhile the Earth is burning……..literally. 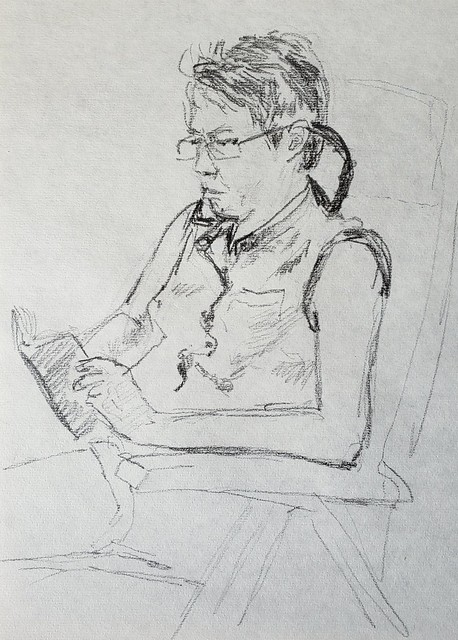 Claudia and I are almost through two weeks of convalescence. My part is nursemaid. I fleetingly thought of taking a picture of my sweetie in her week of hospitalization but it was a fleeting thought. So many tubes, bruises, medical monitors, rumpled bedding and flimsy hospital gowns. So instead I present a sketch of mine from our patio circa about 2000. The chief difference today is that the book she is reading is on her cellphone.

The surgery to replace her aortic heart valve was a success however there were two disappointments. First, Claudia is an old…..ish, Iowa girl who’s uncle raised pigs on a farm. We were hoping she would get a “pig” valve to celebrate her family’s history. She still shares the farm with her siblings. Sadly, it is a bovine valve. Secondly, the original valve was so cluttered with calcium that in removing it nature’s electrical wiring had to be replaqced with the insertion of a pacemaker.

We will both have to return to the year 2000 when we first became empty-nesters and took up oenology. (the study of wine) Her beta blocker will make further consumption of this noble spirit rare indeed. I will visit the considerable wine cave in the basement only rarely no longer get regular reminders of my former school board colleagues whose picture stares up from the 4×8 election plywood billboard I designed for one of her campaigns. I needed it to rest wine racks on.

I’ve done little writing for the last month with this preoccupying my thoughts. The medical treatment NOT the dearth of alcohol to follow. But I have done a lot of reading and thinking. I’m not alone. NPR had a story today about geriatrics on their last legs pining to see the Mueller Report released before they visit St. Peter.

Today I might try to crank out a column for the Reader. I almost feel like weekly columns are pent up inside my head clamoring for escape instead of the mere every-other-week column I’ve been producing to date. I’m thinking about shifting more of my words to print than to the blog. I’m still undecided about this. I have to fuss a lot harder when something is going to print.

But. I am about to write a blog entry with a subject that has long been on my mind. It will have a little ruder title than I generally attach to my Reader columns. I think my eight loyalists will be able to handle it, civility be damned.