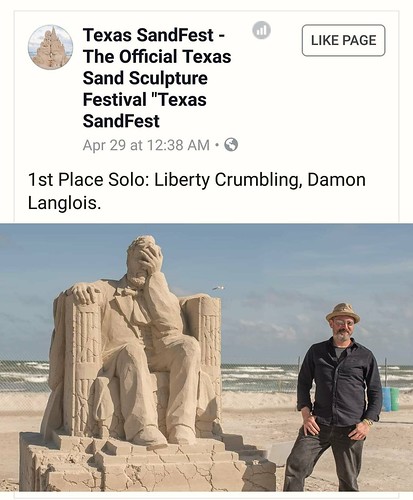 I am in awe of what sculptors can do with sand. I was asked to give it a try in Two Harbors thirty years ago at their Kayak festival and that was enough for me.

I also know that I’m not that dedicated a snow sculptor especially in terms of technique. Weather plays a role as well. I’ve done a number of presidents over the years. I’ve done Lincoln twice. The second time I did I too used the famous sculpture of him seated in the Lincoln memorial. It was a warm day and my sculpture wasn’t huge and sun defying. One fellow at church afterward told me he just didn’t think my sculpture was as good as others I’d made and that it didn’t look like Lincoln. Well the head was only a foot wide not six feet wide and he saw it the next day which was in the mid thirties and sunny.

I later used its picture as one of my 50 “trading card” pack for my 2017 school board campaign. You will note the sculpture was built near Lincoln’s birthday in 2006. That was the same time as the birth of this blog when I ran for Congress as the sole member of the “Unity” party. 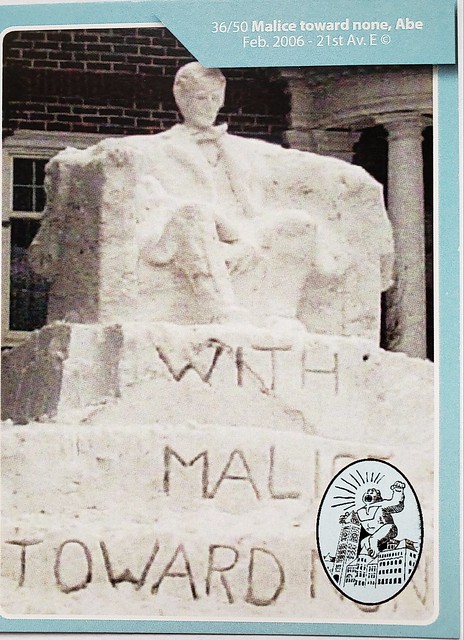