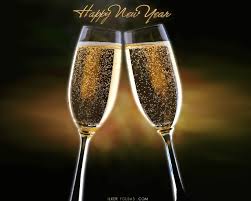 Somebody found the blank retaining wall by my house irrisistable and painted a tag on it. I spent 45 minutes beginning the process of scraping it off. Probably painted on by a disgruntled school board member. When I’m not playing politics I’m playing in the snow. From this winter’s snow sculptures. Inspired by an April blizzard and my Grandson Tanner. For anyone who only saw my Pinocchio after coming back from spending January in Florida. Here’s my pics of this winter’s snow sculuptures at their freshest.

a Brit on Irony in America

After four years on his own our son is moving back for the summer. The nexus of his lease ending and making plans for next fall put him on a collision course with bumming with friends, moving home, or living on the streets. I’m glad to say his old room beckoned and he moved his stuff back during our gardening mania. It’s the temporary end to our empty nesting.

I asked him to leave his bed alone until he moves back on the first of June. For the past week it’s been the place where I’ve been sorting documents relating to the Boyd Scandal. I’ve got to move it somewhere else but since my daughter’s bed is full of the stuff related to the Duluth Schools Endowment I’ve got nowhere to put the Scandal stuff. God forbid that I would put it in files. However tidy thatÂ would be it would threaten to put it out of my mind.

Except for the bed my son’s room is packed with four years of stuff. I won’t be able to help my son move it out ofÂ his room until I clean up the attic today. I can’t get into the attic until I move the mattress and bed spring that he brought back away from the door to the attic. And the attic is so cluttered from a winter of haphazard storing that it has to be cleaned up first. Then there’s cleaning the garage and the basement workroom…. There’s just no end of chores standing in my way of getting this Boyd book written.

At least the garden is finished and after last nights thunderstorms we should have four or five days of glorious weather. I just hope I’m not tempted to go agate hunting.

I was out of town yesterday visiting family in the Twin Cities. They had nine fresh of snow on the ground. My niece, Lydia, helped me find a leprechan in her yard. It was St. Paddy’s day. Upon my return I found a call from the Trib’s reporter Scott Thistle. I’d missed his call but as soon as I picked up the Trib I knew what he wanted. It contained Scott’s story about a fellow who had built what he hoped was the tallest snow sculpture in Duluth’s history. Even though Scott no longer needed my background info I called to explain my not returning his call.

I spent yesterday morning figuring out how to put a picture of Abe on my website. Its the fourth day I’ve struggled with what sounded like a simple task.  It turned out I had to get to know my control panel on my website’s ISP. Having the text surrounded by repeating Lincolns wasn’t my intention but I was so glad to see something, anything, that I won’t complain. Word Press requires a pretty steep learning curve for an old guy like me. My brain was so sore that I skipped yesterday’s political punditry. I know, I know. You’re probably thanking God for small favors.

The Reader sent me an email informing me that I have to get my column in by tonight. That’ll give you something to look forward to.

When a “small time politician” defects from one party to another he/she is likely to want people to notice. I know I’m looking forward to some attention. So, it was with great pleasure that I welcomed a neighbor weilding a note pad while I was working on my latest snow sculpture – “Farewell to the GOP.”

She gave me a nice write up in the UMD Statesman although she did not mention or get the significance of my sculpture’s title. Hey, college kids barely know the mayors of their college towns let alone the local has-been politicians.

After the drubbing I just gave the city paper it may be a while before they deign to give me any attention again. Oh well, I should give the Trib credit for their letter-to-the-editor section. They have always taken great delight in publishing stinging criticism of their paper’s coverage and editorial opinion. Too bad we don’t have a President with skin that thick. But then our President and his party regard critics as unpatriotic. I wonder how he’s feeling about about his Republican Congress today?